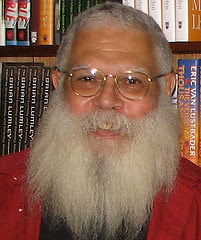 In "The Jewel-Hinged Jaw", a 1978 essay collection, Samuel R. Delaney said: "...today, there are fifty times six major poets (about three hundred)..." As Mark Halliday did in Robert Archambeau's blog, Delaney is just throwing out numbers, in this case to make a case about the paucity of objective criticism inflating the stats.

In truth, the last half century has produced a grand total of one major poet, defined traditionally and logically as the author of an iconic body of work. We can predict that Theodor Seuss Geisel, aka Dr. Seuss, might be remembered for as long as the Brothers Grimm, Mother Goose and Aesop. 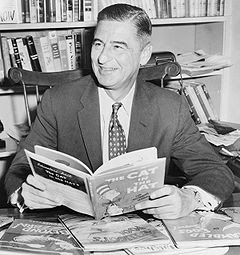 Not only have no other major poets appeared since Robert Frost (March 26, 1874 to January 29, 1963), there have been no minor ones either. (Lest you be thinking of Allen Ginsberg, he came onto the scene in the mid-1950s while Frost was still very much alive. Ditto Leonard Cohen.) Indeed, aside from Geisel's nursery rhymes and that limerick about the man from Nantucket, there have been no iconic lines, let alone poems or poets, during this period. Works that have come closest to it in this century won't remind anyone of Shakespeare:

Of course, you know all this. The "market" has spoken. Still, it adds a humorous perspective of Helen Vendler's numbers: "No century in the evolution of poetry in English ever had 175 poets worth reading..."