Preservation, Presentation and Promotion - Part I

In addition to the usual spate of anthologies throughout the year, the end of 2011 was marked by foundations, publishers, critics and commentators making lists of top ten books. Missing from all of these is an English language poetry collection that:

So why was this compendium overlooked by all of these listmakers? Was it a deliberate snub? Politics? Discrimination? A conspiracy? A scandal? 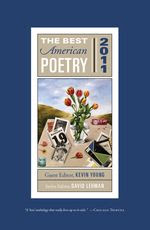 It is merely a reflection of the fact that there are three discrete poetry worlds with varying degrees of awareness of the others. Each of these has its own raison d'être, promotional models, media, ethos, aesthetics, prominent figures and institutions. The tome in question was written by a leading denizen from another milieu.

The most obvious upshot of this narrow focus is that, if dramatic poet William Shakespeare were alive today, his work would appear in none of these lists or anthologies. If page poets were even vaguely aware of their counterparts we might see anthologies entitled "Best [insert nationality here] Poetry in Print".

In general, paper outlasts electromagnetic storage which, in turn, survives longer than speech. Each of the three metacommunities derive their identity and Prime Directive from these lifespans. Thus, the Print World's principle role is the preservation of poetry, much as Dark Age Irish scribes protected so much classical literature against the ravages of time, ignorance and outright persecution. Every aspect of this subculture reflects this shared, noble goal. Today, Print Worlders range from vanity authors who want their thoughts and experiences archived to mentors who hope to obtain or retain a job teaching the thing they love to new generations of mentors. Due to the latter and depending on how sympathetic the speaker is, "professional" and "careerist" are terms commonly used to describe this environment.

So why does no one (at all, according to Giles Coren) except, perhaps, one's associates (according to Robert Archambeault), want to read the poetry produced here?

A cynic might answer with another question: "Would anyone want to watch football games played by NFL coaches?"

This isn't far from:

The last view may be the healthiest and most apt. As long as we're using sports-related analogies a better question might be: "Would anyone want to watch football games played by NFL referees, commentators and statisticians?" 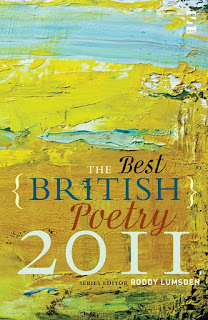 Members of the other two supercommunities will likely never understand the concept or purpose of "art without audience". Nevertheless, the "publish-or-perish" need to create and sustain a CV based on prestigious publication of criticism and poetry serves a literary academic population competing for fewer and fewer positions. Here we observe a behavior that must baffle outsiders: having been published in an esteemed magazine, page poets tend to be less likely to resubmit.

"Once I can include that venue on a resumé why not move on to newer pastures?"

Debates rage elsewhere about poetry needing to make sense. Remove the audience from the equation, though, and this issue becomes moot.

Physical inaccessibility of today's print poetry would be the greater dilemma if the purpose were to promote the poetry rather than the poet. The chances of two people--even two poetry lovers--having read the same contemporary poem are remote--yes, even if the poem were to appear in "The Atlantic Monthly", "The New Yorker" or "Poetry" magazine. It is largely a matter of cost and inconvenience limiting the creation of icons. We can quote or paraphrase a movie (e.g. "May the force be with you!"), confident of recognition, but not a contemporary novel, let alone a recent poetry book. Even here in the poetry blogosphere we can and will discuss aesthetics, trends and poets but rarely individual poems (unless we bring everyone up to speed by including it, perhaps via a link). Not surprisingly, magazine publishers are branching out with webzine versions.

Notwithstanding the efforts of Helen Vendler and William Loman, criticism in the print world is rarely critical. Jobs are at stake here. Typically, it is blurbing and/or interpretive--"glorified footnoting" in one cynic's view. "From all appearance," said one observer, "its central purpose must be to serve as a lesson guide for teachers, uncovering all the clever [usually literary] allusions and references that can fill up classroom time."

Add up all the factors--the absence of audience and criticism, the professionalism/careerism, the focus on poets rather than poems, etc.--and the Print World's relativistic, laissez faire attitude toward "new prosodies" begins to make sense. Why get involved in definitions and aesthetics when the other person's future may rely on their acceptance? The banana you're trying to take away means much more to the gorilla.

Page Poetry is serious business! How different an enterprise would it be if its purpose were to sell books and magazines?

Next: Presentation Poetry
Posted by Earl the Squirrel at 2:47 PM