Imagine two people standing directly in front of you arguing about and guessing as to whether you like green versus yellow string beans.

What is wrong with that scene? 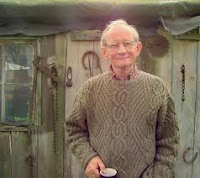 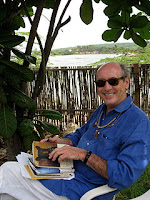 This is the fourth in a three-part series on contemporary poetry communities: page, stage and pixel. Today we discuss the Demand Side; we do so as an abstract afterthought for the simplest of reasons: the Demand Side doesn't exist.

Like Billy Collins before him, U.S. Poet Laureate Ted Kooser endeavors to repopularize poetry. Say what you will about their poetry but, among us squirrels, Billy and Ted are among the good guys.

Under the auspices of The Poetry Foundation, Mr. Kooser runs the American Life in Poetry column, citing examples of poetry that he thinks would appeal to the American reader.

"The poem in each column is brief and will be enjoyable and enlightening to readers of newspapers and online publications."

What kind of verse does Mr. Kooser think will appeal to avid American prose readers? Not wanting to single anyone out, I took the first poem with a permanent link at the time of this posting. Please take a moment to click on this link to read Column 354, "Sometimes, When the Light" by Lisel Mueller, which ends with these scintillating, original and non-manipulative Show-Don't-Tell lines:

so marvelous and dangerous

that if you crawled through and saw,
you would die, or be happy forever.

Just for the sake of argument, let's say that I don't share Ted Kooser's opinion that "readers of newspapers and online publications" would be enthusiastic about this poem. I suppose we could argue about aesthetics, back and forth, forever. Due to the sample size, such a disagreement between the two of us would be pointless even as a move toward consensus. Here's a radical thought, though:

If we want to know what the reading public thinks of poems like this, why not ask them?

Posted by Earl the Squirrel at 2:30 AM