"We are living in the future.
Ask me how I know.
I read it in the paper
fifteen years ago.
We're all riding rocket ships
and talking with our minds,
wearing tourquois jewelry
and standing in soup lines."

- John Prine, "Living in the Future"

What will poetry and the poetry world be like in 2032? 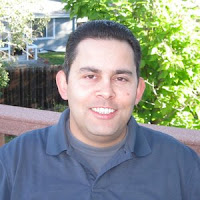 The most obvious change will be in the print medium, where e-readers will obsolete paper. According to Don Pacheco's "Pew Report: Tablet Ownership Doubles. What's Left for Print?", the number of tablet owners almost doubled over the holiday season at the end of 2011, from 10% to 19% of the population. Count on this continuing, with readers downloading e-books from I-Tunes, Amazon.com and other sources, including their local libraries. The only forseeable twist in this progression is that, as prices fall, consumers will prefer multi-purpose machines like the Ipad, palmtops and blackberries rather than dedicated e-readers like the Kindle and Nook.

The net effect will be the disappearance of brick-and-mortar bookstores, already well underway. This shouldn't affect sales of poetry collections significantly, if only because the sales totals themselves aren't significant. As you know, the problem with poetry books was not so much that they wasted trees--my habitat--but that they were poetry and, worse yet, whole books of it. The trend in the next two decades will be toward granularization: the distribution of individual poems rather than compendiums. Less is more.

Technology will continue to give us quicker connection speeds and greater storage capacities. The hardware and software are already in place to give us Voice Recognition, auto-captioning and translation. In 2032 this blog could be a video, as might many of your responses. All communication will come in audio and textual translations. That is, I will be able to chirp in my native language and, if your machine is set to English, you will hear and read my words in that language. If I don't feel presentable I could scurry over my keyboard as I do now to type in English; you won't see anything beyond the text and graphics visible now but you will have the option of reading and hearing my words in the language of your choice.

If the sender provides a Sound Profile (i.e. a recording of the person uttering words that contain all 44 phonemes in the English language, the audio equivalent of "The quick brown fox jumps over the lazy dog"), you could listen to emailed text in the originator's voice. Otherwise, you could go with your own or anyone else's. Ever wanted to hear your office's Round Trip Memos read aloud by Donald Duck? We could have Whitman (or Eliot or anyone else) "recite" any of his unrecorded poems. Again, the resources to do everything I'm "predicting" are, in fact, already in place. They just need to be integrated and exploited. 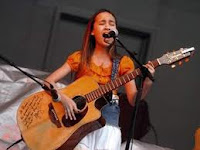 Consider the audience, as evident in the YouTube experience. We might watch a video about a dog chasing butterflies, then link to a political rant, a song, a clip from a talk show, a prodigy amazing us with some spectacular ability, a poem, a news report, a sports highlight and then whatever is going viral that day. Anything more than a few minutes will tax our attention span. The verser's challenge will be to capture the person's interest before they shout "Eww! I've been poemed!" and escape to some other video. Yes, "to poem" will be a verb, like "to text", "to Skype" and many other "nouns", proper or not (excuse the pun), in our language.

The success, as measured in hit counts, of whatever good performers there are will raise the bar for poets from all three worlds: stage, page and pixel. The most profound change to poetry, then, will be the appearance (in both senses of the term) of authenticity. That omnipresent phony flat reading voice, sounding like a drowsy telemarketer, and that hurried slammer's buzz, sounding like an auctioneer's blur of gibberish, will die. In the soundbyte universe of multi-channel television and URLs the poet's challenge will be what it has always been: to say more with less and to say it without artifice.

The poetry of the future will be a relating, not a lecture or overdramatization. It will be speech, not a speech. It won't announce itself. With or without accompanying pictures, poetry will be words--a story, a report, a perspective--which "just happen" to contain repetitive devices (e.g. sonics, anaphora, anadiplosis, the occasional natural sounding repetend and, possibly, meter and subtle rhymes). As with any storytelling, the voice will rise in intensity as the rendering reaches its climax, falling with anticlimax. Remember: the sooner web surfers detect poetry the sooner they'll move on. At the end of the day, though, the words that surfers recall will be those of the poet.

In short, poetry will return to its prehistoric roots. We can ponder the irony that this will come not in spite of our advancements, including writing itself, but because of them.

Posted by Earl the Squirrel at 1:26 PM