Impressions: William Shakespeare understood that, in order to survive, verse needed to be meaningful, entertaining and adroit. That the three current supercommunities each specialize in a different one of these aspects is a reflection of their media--most notably their media's lifespans. To wit: 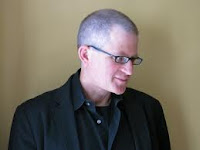 When we speak of someone as being from the Print World we don't mean a one-time vanity author who thinks "Christian Wiman" involves pious ladies from the Ozarks. By the same token, a 3-minute recitation in an open mic doesn't make us a Presentation Poet. We refer to an individual who has been around since dirt was dust and knows the ground rules and major players.

An e-poet's attitudes reflect the pre-blogosphere online experience and ethos. These were forged in web-based critical forums (late 1990s to the present) which, in turn, were fashioned after Usenet newsgroups (starting in the early 1980s). Such discussion groups are a far cry from the peer workshops we see in the Face-to-Face ("F2F") world. In online forums, most of which are tiered according to experience level, poems are analyzed in depth by critics of all ages, backgrounds and nationalities. Imagine how this would go over in the other metacommunities! Picture an open mic where, instead of the usual polite applause, audience members would stand up and go through your performance, word by word, gesture by gesture, pointing out strengths and weaknesses.

Why is the blogosphere excluded? Because while it is, in theory, where the three supercommunities can intersect, in practice it has become largely the domain of Print Worlders, used primarily to discuss the PoBiz.

The world wide web's poetry community is still in its first generation. Future participants will undoubtedly be much better equiped to exploit its capabilities, including those yet to be developed.

Overview: Consider the difference in environments to appreciate how Shakespeare's "meaningful, entertaining and adroit" aesthetic has been splintered into a trichotomy. Book publishers serve a few hundred readers. The collections are blurbed but few are reviewed by strangers, rarely for technical rather than interpretive merit. Live performances meet with tepid, obligatory clapping. The detailed critique that onliners receive in workshops encourages audience orientation and technical expertise. E-poets also produce the widest variety of form (starting with more metrical poetry) and genre. To wit, the two best received e-poems are both elegies, one of them unabashedly romantic, the other in a form seen only twice in the Print World.

Pixel poets are a cautious, humble lot. Having every word you write analyzed by the greatest critics alive does that for you. Bearing in mind that anyone can start their own vanity website, online poetry exhibits, by far, the greatest range in quality. I don't care how awful last night's newly published reader or open mic performer was; I can show you dozens of onliners infinitely worse. On the other hand, this same community produces some of the greatest contemporary verse you'll find. The trick is knowing where to look.

While critical sites form the backbone of the online community, webzines complete the skeleton. These rarely have any financial backing, if only because governments and universities are usually focused on local talent and audiences. Not surprisingly, these e-zines are labors of love and rarely survive ten years; a page can last ten centuries while a performance rarely last ten minutes. Just weeks ago two eminent webzines, Christine Klocek-Lim's "Autumn Sky Poetry" and Paul Stevens' "Shit Creek Review" went on indefinite hiatus. Yes, I realize that print magazines go under every day but at least some of them survive for generations. The instability of the online platforms, coupled with the modesty of the denizens, makes filtering difficult.

Paradoxically, the editor of "TheHyperTexts.com", one of the best and longest-standing webzines, is decidedly not an onliner.

What identifies the Pixel poet? A shared view which includes among its aspects:


Perspective: Given that they are, by definition, computer literate, we might expect online poets to be at the forefront of multimedia presentation and technology. In truth, they are a distant third. Every minute of every day another slam poet posts a webcam performance on YouTube. Host venues archive their latest open mic. Meanwhile, magazines sport spiffy e-versions of their issues and recordings of poetry readings and lectures. Only recently have blogzines like Nic Sebastian's defunct Whale Sound offered voice recordings. 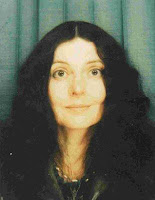 The Internet is the most cost-effective way to promote anything. The onliners' focus on poems, the readercentric nature of their work, and free access to it combine to raise e-poetry's profile. Compare a webzine's hundreds of hits per week to a slam conducted in front of a few dozen people or a "successful" book that goes out of print after selling a few hundred copies. Show any editor a list of the top online poets and they'll report, often to their own amazement, that many of their favorite contributors are included. As mentioned in Part I, the best selling book of 2011 (excluding educational sales) was authored by a Pixel poet. In short, e-poets are beating Print poets on their own turf. How? Easy. Over and above the sales to alumni, associates, friends and relatives that all poets enjoy, Internetters can sell dozens or even hundreds more to fellow onliners.

Conclusion: Personally, I'd urge ever poetry fan to reach beyond the limits of their community and closer to the Shakespearean model. Not familiar with the Print World? Check out some of the blogs and online newsmagazines, beginning with the Poetry Foundation's "Harriet". Click on their Blogroll links. If you're on Facebook, befriend "Poetry" Senior Editor Don Share; those who have attest that he's always good for an interesting link or two.

New to the Performance World? Drop in at your local open mic to develop your performance skills. Don't be put off if the calibre of presentations is poor...all the less reason for you to feel nervous!

Interested in online poetry? Lurk on Eratosphere (coincidentally, an online workshop created by a print publisher, Able Muse), The Alsop Review - Gazebo, the rough-and-tumble Poetry Free-For-All or the friendly tiers of Poets.org for a year or so to appreciate the critique found in their expert forums. Note how different their conversation forums are from those on the blogosphere.

The future of poetry is its past: audiovisual presentation. Think YouTube here. Practice your delivery in front of a webcam and, as they say, "post it when you nail it". In addition to performances, options include videos and slideshows. Along with some recording equipment, consider purchasing a video editor. Adobe "Flash" is the industry standard but Roxio "Creator" is cheaper and, in my experience, more user friendly (especially in a Windows environment).

Scant seconds may be all that is required to distinguish inhabitants of the three supercommunities from each other. In theory at least, immersion in the pixel, page and stage subcultures can triple our appreciation of this multifaceted art form.

Posted by Earl the Squirrel at 2:13 PM