Bob Dylan not a writer? 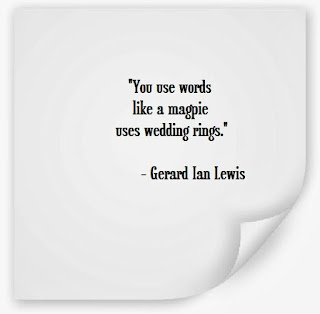 In "Why Bob Dylan Shouldn't Have Gotten a Nobel" one "Anna North" opined that Bob Dylan is not a writer.  At least, we think that is what she was arguing but, given the level of coherence, we may wonder if this was the first article ever written in rot-13.

"Words have meaning," a critiquer might say to Ms. North, "even if yours don't."

Gerard Ian Lewis could be even less generous.

Partisans use words like hand grenades.  To Ms. North, they are land mines.  She steps on one almost immediately, speaking about Bob Dylan:

"He is a wonderful musician..."

Learning nothing from that catastrophe, she repeats the mistake two paragraphs later:

"He is great because he is a great musician..."

No, nor is he being honored for his skill at composing or performing music (despite some lovely instrumentals).  He is being fêted for his songs:  lyrics and music, with special attention to the former.  For reference and contrast, this is a great music performer:

...and, within the context of songwriters, this is a great music composer:

Dylan is neither of those.

"Yes, it is possible to analyze his lyrics as poetry. But Mr. Dylan’s writing is inseparable from his music." 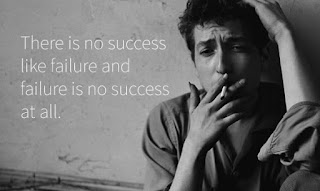 Unless one is aiming for paradox or humor, it's rarely a good idea to contradict oneself in consecutive sentences.  At best, this is a distinction without a difference.  If lyrics aren't poetry which of the two modes of speech are they?  Prose?

"But more than that, awarding the Nobel to a novelist or a poet is a way of affirming that fiction and poetry still matter..."

...until and unless the poetry is set to music, we suppose [as the Iliad and Odyssey were].  By this same "reasoning", is Shakespeare's blank verse not poetry or literature because it was presented in theatrical performances?

"...when the Nobel committee gives the literature prize to a musician, it misses the opportunity to honor a writer."

Are these two things mutually exclusive?  What did you imagine a song is? 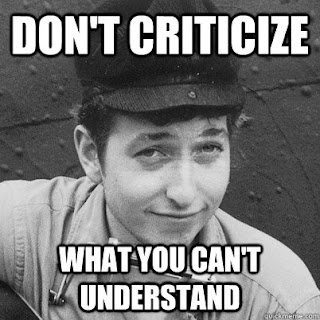 Dylan isn't a writer?  Leaving aside his prose and prose poetry efforts, his lyrics weren't written on album sleeves?  They can't be read in any of a thousand web sites by entering the song title and "lyrics" into a search engine?  They aren't studied in universities, among other places?  They haven't already survived for generations?

"By honoring a musical icon, the committee members may have wanted to bring new cultural currency to the prize and make it feel relevant to a younger generation."

Younger than what?  Seventy?

At this point we leave Ms. North to her misadventures with the English language.  It is one thing to step into a mine field, quite another to dance in one.
Posted by Earl the Squirrel at 4:47 PM