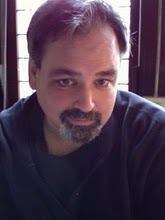 Want a quick demonstration of how bad we poets are at numbers and how oblivious we are to the effects of losing our audience?

On his Samizdat Blog, in "10,000 Poets: The Problem of the Multitude in American Poetry", Robert Archambeau paraphrases Mark Halliday as saying:


Defining a poet as someone who has published a book, or aspires to do so, continued Halliday, we might conservatively estimate the number of American poets at 10,000 (“or,” he added, “30,000 — when I’m in a bad mood”).


Even if we take the higher number, 30,000, and divide it by the U.S. population figure he mentions, 300,000,000, we get .01% of the population, 1 in 10,000 individuals, being poets. Messrs. Archambeau and Halliday are trying to make the point that there are too many poets. In truth, expressed as a percentage of the population, we have fewer American poets now than at any time in history.

Of course, what is missing is the audience.
Posted by Earl the Squirrel at 7:15 PM