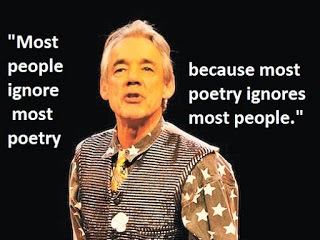 The notion of allowing poems to speak for themselves, trusting the audience's judgement, is a distinctly progressive¹ principle.

Again, most poets are politically liberal but aesthetically conservative, postmodern rather than hypermodern.

Q.  What, then, constitutes a liberal aesthetic?

A.  Respect for an audience.

Whether confessional or cryptocrap, the vast majority of poetry published today disregards or disdains audiences.  And readers (tanr).    This and something else will distinguish conservatives² from liberals²:

Other than Poetry Out Loud, a joint venture of the National Endowment for the Arts and the Poetry Foundation, not one cent of government or endowment money goes toward expanding poetry's audience.  Rather, it is used to publish and promote poets/poems few care to read and to teach a new generation how to write more of same.  It is as if there is a formal compromise between political conservatives who don't want to give money to a bunch of "hippy weirdos" and aesthetic conservatives assuring them that no funds will go to expanding that art's appeal.  Thus, Norman Rockwell gives way to micturition (e.g. Marcel Duchamp and Andres Serrano), Robert Frost to bafflegab.

What would the poetry world be like if Lefties enjoyed similar support?

Personally, I would advocate a chronological approach. 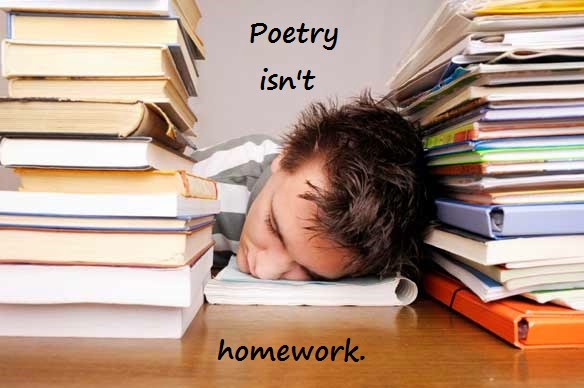 Poetry being a primarily audiovisual art form, I'd begin with expanding the only successful project we've seen in the last half century, the aforementioned Poetry Out Loud, to an international World Cup style competition.  It would include children and adults rather than just teens.

I'd like to see contests for the best poetry videos on YouTube.  Like the performance events, these would be judged by people who understand the expression "performance value" and the difference between iambs and trochees.  (You might think this isn't setting the bar very high but, trust me, this is radical stuff.)  Sites would be established to network poets, videographers, editors and performers.  Nic Sebastian would be cloned and given carte blanche.

Pointedly ignoring the greatest poet of our time because she was British remains a stain on the institutional community.  (Should we be happy they recognize Shakespeare?)  The world has been miniaturized by the Internet.  We have no time for nationalistic nonsense. 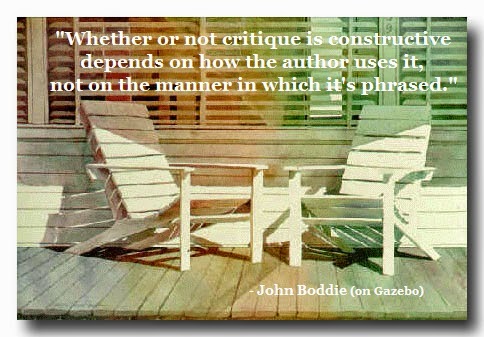 Aesthetic liberals--including some, like Dennis Hammes and Peter John Ross, who are politically conservative--have a monopoly on humor.  The other 99% of poets can manage droll puns, literary references and dessicated wit but getting people to laugh is well above their pay grade.  This isn't generalization or stereotyping.  It is tautology.  Entertainers entertain.

Eratosphere, Gazebo or Poetry Free-For-All, the resurrected Poets.org and others would benefit from free web space and software as well as small honoraria for their administrators, staff, and most helpful critics. 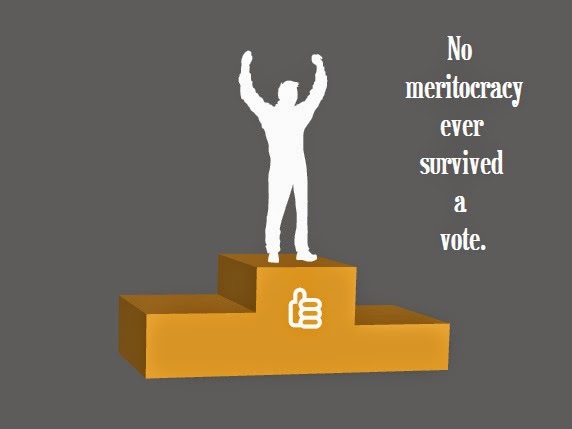 This is a fundamental aspect of the meritocratic approach, in stark contrast to The New Yorker poem at the core of the PoBiz philosophy.  It seems only liberal editors can publish poems without including the author's complete and unabridged life story.

Conservative writing concerns only the poet and, perhaps, his or her psychoanalyst.  Liberals concentrate on topics and styles that might interest and inform and/or [gasp!] entertain listeners.  Therapy versus communication.  Poet rather than poem.

The case has to be made to academia that the repopularization of verse is in their best interests.  One might think this an easy task, given that poetry's rebirth would create an explosion in demand for instructors.  In truth, the transition from teaching the interpretation of poetry to its elements will spark resistance, as will attempts to educate the educators. 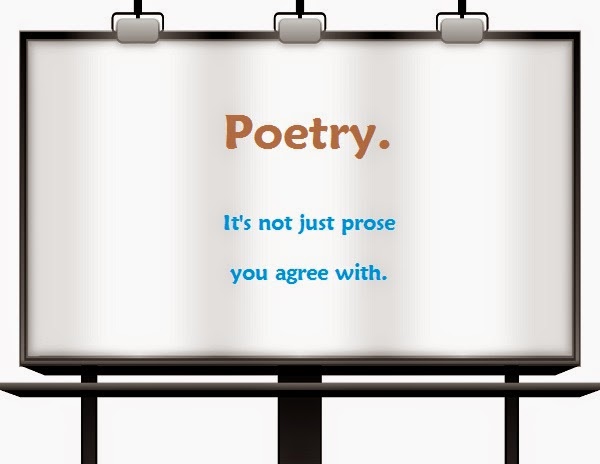 From Newsweek's "Poetry Readership at 16-Year Low; Is Verse Dying?":  "Yet according to the NEA report, in 2008, just 8.3 percent of adults had read any poetry in the preceding 12 months. That figure was 12.1 percent in 2002, and in 1992, it was 17.1 percent, meaning the number of people reading poetry has decreased by approximately half over the past 16 years."

Unfortunately, these surveys don't specify contemporary poetry, don't account for overreporting (i.e. as long as poetry retains some cachet respondents will claim to be readers), and set the bar ridiculously low (i.e. people who have had a poem thrust in their faces during the last year are hardly "readers").  If we make reasonable adjustments or, better yet, conduct more pertinent surveys, we'll find the number of readers to be a fraction of 1%, consistent with the number of producers.  In other words, Nobody Reads Poetry.

Conservatives have an ostrich attitude toward the death of poetry--when they're not denying it outright.  As such, they won't be part of its resurrection. 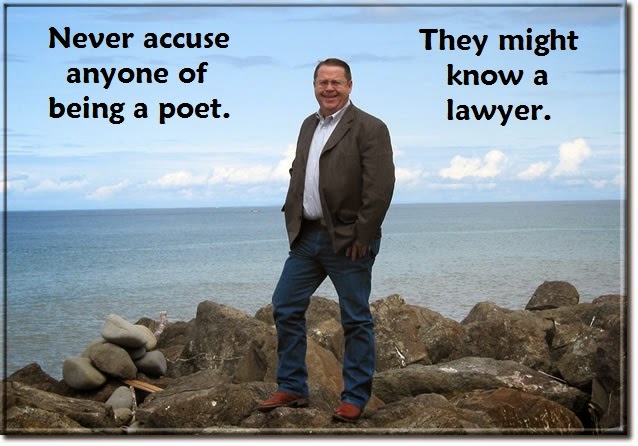 Plagiarism  was defined in 1615-1625, long before it was codified by the Berne Convention in 1886.  We know that copyright law played a significant role in strangling poetry after WWI.  Before, people would take and perform it at will.  Individuals would stop short of claiming to have written it but few publishers would hesitate to anthologize it.

Today, ignoring copyright protection is rampant online (see plagiarist.com) but, in the eyes of many, outright theft--putting one's name on another person's work--remains indefensible.  (Personally, I consider it the only sin worse than blurbing.)  YouTube is filled with music "fanvids" and "covers", few of which have the original artist's authorization.  Five years ago these were routinely removed at the copyright holder's request.  Today, more and more musicians understand the positive result these have on sales in general, theirs in particular.  Expect this evolution to continue until it is considered antisocial and stupid to take down such homages.  This relaxation of attitudes³ will play a key part in resuscitating poetry.  Verse is less likely to be internalized (i.e. memorized) and performed (or quoted at length) if their efforts might be greeted by a Cease and Desist order.  In the meantime, the use of Creative Commons licensing should be encouraged, especially among our better poets.

Prosody was the study of fan reactions.  No audience?  No prosody.  This dilemma serves those producing work that has never appealed to people, doesn't now, and never will.  The rest of us are left to assess quality based on either what people used to like when poetry was alive (such that, paradoxically, traditionalism is a liberal aesthetic) or what other performed text they like (e.g. theater, film, radio, television and, ultimately, the Internet).

¹ - There is duplication here as some academics are liberal.

² - Unless stated otherwise, we are talking about one's place on the aesthetic, not the political, spectrum.

³ - The Online Copyright Infringement Liability Limitation Act of 1998 was a tiny step in the right direction, protecting online hosts from undue legal action.

One interesting resolution is "reverse licensing" (aka "What's mine is mine"):  if you write a poem and John Doe releases a non-commercial performance of it you have carte blanche to use his video for your own commercial benefit, with or without John's consent or recompense.

3. If Poetry Were Alive