Posterity? The Future is Now!

In "First, the really bad news" the unlikelihood of any 2013 poem standing the test of time was established.  In addition to it having been replaced by songs on the radio 90 years ago, poetry's problems include:

A great squirrel once said:  "If poetry is not for everyone it will be for no one."


Of its many challenges, the greatest may be the long slide from Shakespeare's commercial success to today's abject failure.  Without the hoi polloi, Shakespeare's theatres would have folded;  there would have been no reason for anyone to collect and preserve his folios.  Today, poets sneer at a far more educated public than Shakespeare entertained.  The art form has dovetailed into solipsism, going from us writing "poet's poetry" for each other to writing "confessional" verse for our friends and, finally, journal writing for ourselves.  Fewer and fewer of us can bring ourselves to blurb--sorry, "review"--poetry.  No one performs the work of a contemporary, as the Bard's actors did.  Because it has no performance value, today's verse shows less and less attention to sound.  Why worry about crowd-pleasing techniques when there is no crowd?

In this era of instant gratification the "good" news is that we don't have to wait a century to be ignored.  Wholly and collectively.  The future is now!  Indeed, we don't even have a populist like Bukowski.  How can we have a Shakespeare when we can't even produce a Thomas Tusser?¹ 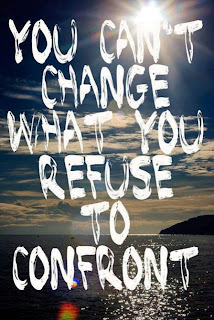 The answer is to look at that verb:  "produce".  If we mean "make", we should, if we consider the Law of Averages (i.e. population increases, greater education and communication), be producing dozens of Shakespeares!  [Yeah, right.]  If we mean "produce" in the sense of "producing a play or movie" we see that prodigious talent is not the only thing missing.  The producers no longer know the basics of the craft;  thus, they can't guess which work is worth investing in.  There are no venues.  No hype.  No fan base.  Serious popular critics don't exist.  Where are the Ezra Pounds to serve as script consultants?  Thus, even if we did give birth to a bunch of Shakespeares there is no superstructure in place to exploit them.

As you can see, the situation is grim, made all the more so by the all-too-common tendency to ignore the facts.  Nevertheless, all of this goes away if we can find one competent² storyteller.

¹ - "Bestselling poet in England between 1560 and 1640 (the era of Sidney, Spenser, Shakespeare, Jonson, Donne, Herbert, and the early Milton, to name just a few) -- Thomas Tusser (he outsold most of those poets even when you take all their works sold during that period combined).

"Bestselling English poet between 1890 and 1914 (era of Housman, late Tennyson and Browning, Hardy, and numerous others of note) -- Norman Rowland Gale."

² - "Competent" includes the ability to tell stories in either mode:  prose or poetry.