The death of Dylan Thomas in 1953 wasn't just the conclusion of an illustrious career. It marked the end of a bardic tradition of "professional" poetry performers that stretched back to the dawn of language itself. Yes, we still have Shakespearean theatre but very few people living today have seen a professionally performed narrative or lyric poem. This becomes immediately obvious to anyone who has spent time on YouTube watching anesthetic readers and hysterical attention-seekers. Like basketball nets being lowered in Lilliput, many modernists have adjusted to this by producing poems without performance in mind.

Along comes "Poetry Out Loud", a project jointly sponsored by the Poetry Foundation and the National Endowment for the Arts. If you read this blog regularly you know that we here at Commercial Poetry are enthusiastic supporters of this initiative. It is a rare instance where these organizations are reaching out to the general public.

Some have criticized these two organizations for forming a "monopoly" in deciding which poems are selectable. This is ridiculous. For starters, it's their contest! Who else could or should be responsible for setting conditions? As for them being a "monopoly", it isn't like we're talking about OPEC controlling a commodity over which the world clamors. We're talking about something that all-too-often puts the general public to sleep. We're talking about monotony, not monopoly. Finally, no one would be happier than these two organizations, both of which support The Academy of American Poets, to see more sources pouring money into poetry, more groups running contests like this--more competition conducting more competitions. Does that sound like a "monopoly" to you?

All of that said, I do have a few reservations and suggestions.

The rules and Tips on Reciting reflect the reality of a generation that has never seen a professional performance of lyric or narrative poetry. Participants are warned against too much--but not too little--gesture, dramatization and emoting. They do mention the need to sound "natural" but, in light of the readings posted to their home sites, we have to wonder if their idea of "natural" coincides with ours. Nowhere in the "Tips on Reciting" do we see the goal of creating the illusion that the poem is being made up on the fly (see "owning" the words, Performance Arts 101, Lesson 1, Page 1).

I appreciate the requirement to present only published, critically acclaimed poems; otherwise, Poetry Out Loud would be duplicating the slam experience, more or less. One of the sponsors, the NEA, is not specific to poetry and the other, the Poetry Foundation, has pointedly ignored--some might say disdained-- presentation poetry in toto. This may be like having the Superbowl organized by the International Olympic Committee and the National Basketball Association, but let's not dwell on the incongruity that this is a recitation contest run by the [kind of] people who gave us the poetry reading. 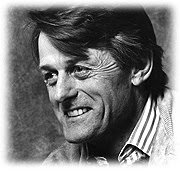 To me, the issue isn't so much that a government authority, the NEA, and a vested interest, the Poetry Foundation, are choosing the menu. The Canadian version, "Poetry in Voice", is run by an individual, Scott Griffin, and his private foundation, yet the selections are almost identical. In my mind, it's a matter of qualifications specific to presentation poetry. One wonders how many of the organizers have much experience facing an audience while reciting a poem from memory.

Oh, and why do they use the verb "reciting" exclusively, as opposed to "performing"?

The contest began in 2006. We need to be patient as it irons out the bugs and is able to define itself.
Posted by Earl the Squirrel at 2:55 PM