Great Poems of Our Time: "There are Sunflowers in Italy" 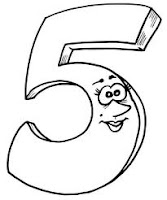 This series ends with a controversial choice. "There are Sunflowers in Italy" is what has been dubbed a "filler and killer" poem: one great sentence, line or phrase with an unremarkable supporting cast. Say what we might about the rest of the poem, this one contains what I believe to be the finest single sentence written this century:


You wrote your verses
with your veins,
cold against the wall.


The iambs, complete with a lame one where the comma serves as the unstressed syllable, are remarkable. The assonance of long "o" and "a" sounds, the line-ending alliteration of "verses" and "veins", the off-rhyme of "veins" and "against", and the repetition of "r" sounds form a technical tour de force, adding to the brilliance of the already stunning metaphor. Even Peter John Ross was struck by this excerpt.

My friend's no-punches-pulled account of discovering this diamond is the funniest Skype call I've ever gotten. I was laughing so hard when he got to the part where he was explaining the metaphor to its author that I had to stop him to catch my breath. In the interest of decorum and diplomacy, I'm going to relate a sanitized version of his account.

My buddy prefaces his tale with the point that this poet will not grace the pages of "The Atlantic Monthly" any time soon. When my friend saw other works by the same poet he shook his head and muttered something about 100 chimpanzees with typewriters. He reported that he had stumbled across "There are Sunflowers in Italy" on Francis Ford Coppola's quirky novice online poetry workshop, "Zoetrope" in December of 2003. (To be fair, Zoetrope's fiction and screenwriting fora cater to some fine, professional quality writers.)

Actually, "There are Sunflowers in Italy" isn't just any fluke. It was originally posted in Spanish. This was an example of poetry being found in the translation. Only when rendered in English did the brilliance emerge. Ignoring all advice to the contrary, the author never submitted this work anywhere. As far as I know, aside from a version posted on her blog years ago, the piece remains unpublished.

Personally, I don't care what other poems the author has written. If we are to draw any inference from these verses beyond their individual merits let it be that, to me, poetry is about poems, not poets. That is the same answer I would give to those who notice, as I did only after making my selections, that all five poems honored here happen to have been written by women.


Thus ends this series of masterful poems that I believe might appeal to an audience--not a reader but an audience--comprised of people beyond the poetry worlds. I stopped at five so as not to overwhelm a newcomer. If you have encountered poems of this ilk please don't hesitate to let us know about them.