Great Poems of Our Time: Preface

Respondent "neighbor" asked if I'd be "willing to do a straight-forward post on contemporary poetry that meets your criterion for greatness (and why)."

Don't worry about your own opinion of these works.  Concentrate on what poetry lovers see in them.

I need to preface my response by anticipating a legitimate criticism of it: Why am I championing the same few poems over and over again? Am I not exposed to a wide variety of contemporary poetry? Actually, I probably read more poetry than anyone else alive. Why, then, do I highlight so few of them? 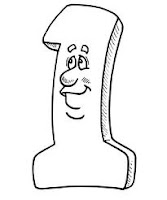 First, there is the historical perspective. Pick any year between 1612 and 1912. Count up the total number of poems from that year being anthologized or discussed today. Chances are that number will rarely exceed three, averaging slightly less than two. This means that in 2112 zero, one, two or maybe three poems from this year, 2012, will survive. Which ones will those be and why do we feel this way? Sorting through all of the offerings when there is more poetry being written than ever before is no easy task and certainly won't end controversy on the subject. I encourage other bloggers and critics to follow suit with their own choices.

Second, there is the technological perspective. All of the canonical poems thus far have come from the print world. That time is passing, if not past. Even the most conservative publishers are displaying their poetry online, albeit textually for the most part. Future generations will experience poetry on the Internet, yes, but they won't be reading it, initially, any more than people today read movie, television or theatre scripts before watching the show. They will watch it being performed and, if intrigued, read it later. Horse before the cart, if you please. 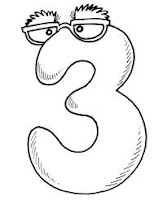 Third, we have the logical perspective. Had you lost your keys last night where would you have sought them? In the light of the lampost or in the dark? Obviously, you'd choose the former rather than stumble around blind. The compartmentalized world of magazines and books is very unlikely to produce a consensus on any subject, let alone find a key poem within its contentious, self-interested ranks. Those pixels of light on your screen might. Think of a book reviewer being restricted by fair use; if the poem is online critics need only provide a link to it. When someone like me tells you about a great poem do you want to be told to go buy a book or would you prefer a convenient URL? 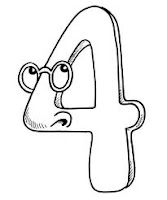 Finally, we come to the mathematical perspective. A poem on a webzine often attracts more readers in a week than a book or magazine will garner in total; a video on YouTube or Vimeo might receive that many hits in a day, an hour or, if it goes viral, a minute. What is more, such a stable environment never goes out of print. Consider another issue of numbers and filters: when a newcomer like "neighbor" asks us about the great poems or poets of our time we tend to shotgun them with titles and names, overwhelming their interest. Yes, this best-toe-forward approach involves leaving a lot of outstanding poems and brilliant poets out of the mix for now but these can be incorporated in subsequent discussions, if and when the neophyte becomes hooked.

Stitched together, the aesthetic of the future will provide a role for all three poetry communities: the onliner provides the text, the stage poet performs it, and academia (i.e. the remnants of the current print world) plays its natural role of scorekeeper, reviewing and teaching successful efforts. Of the 20-some-odd poems that viewers in 2112 might enjoy I'll cast a number of votes commensurate with the proportion of likely sources that I encounter...and a few surprising ones I've stumbled across. This blind squirrel will show you what acorns he has found.

My handful of candidates is not merely a list of personal favorites; most have been vetted by some of the toughest critiquers alive. All have considerable performance and/or video appeal. Some are timely. In my opinion, all are timeless.

Email ThisBlogThis!Share to TwitterShare to FacebookShare to Pinterest
Labels: great poems of our time, neighbor