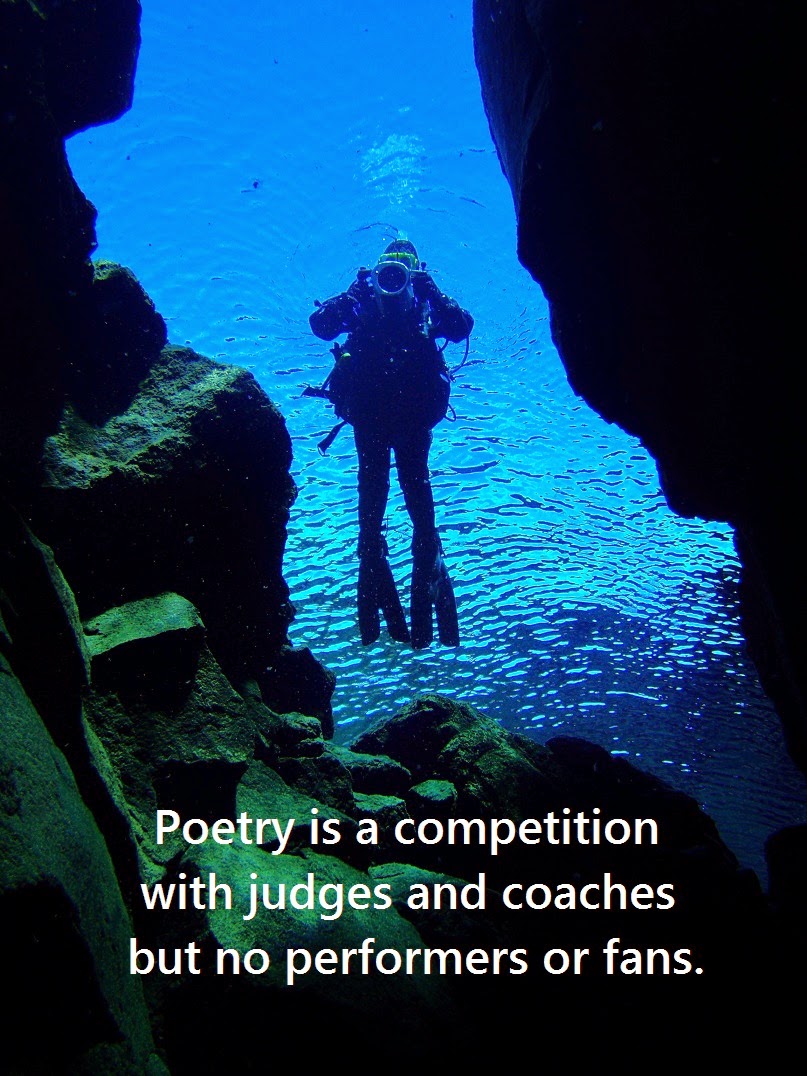 Would songs be as popular if we were afraid to sing them?¹

As you may know from reading "Who Killed Poetry?", copyright played a significant role in the decline of verse.  It remains the single biggest buzzkill in human history.  Those song fanvids on YouTube?  Except in rare cases where the video maker got permission from the copyright holder (roughly:  the songwriter), all of these are infringements.  Pretty soon, singing in the shower will be against the law!

Buzz requires not just freedom but facility of speech.  Imagine the bottleneck if everyone who wanted to make a video, pass along its URL or discuss a complete lyric or poem with a buddy actually flooded the author with permission requests.  YouTube has come to an understanding;  they allow the infringements and act only if the copyright holder to object.  This, alone, distorts the discussion, tilting it away from critical presentations. 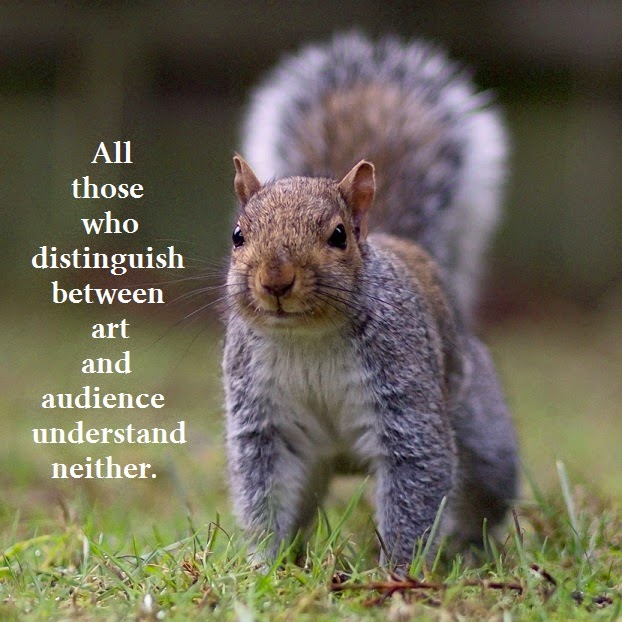 One of my students had a successful single in the 1960s.  She was recently surprised to see royalties start dribbling in after decades without a sale.  A friend asked her if her song was on YouTube.

Her buddy showed her that a fan had made a crude video of her hit song.  MP3 sales began, leading to pleasant surprises in the singer's bank account.

More than any other artistic endeavor, poetry has relied on word-of-mouth dissemination.  In fact, that is its very definition:  information transmitted verbatim [even before the advent of writing].  What is more, poetry needs and provides its own context;  excerpting it simply makes no sense.  So, how can we buzz about something we cannot discuss?

As the word suggests, buzz spreads quickly;  there is no time to play "Mother, May I?" every time we want to read someone's poem at an open mic.  If you understand that copyright and buzz are incompatible, consider some of the options Creative Commons make available to artists.  I'll keep it simple:

If you (i.e. the copyright holder) want users to acknowledge your authorship while being permitted to do just about anything they like with your work except make money from it attach the symbol on the left when posting or publishing it.

If you go to the Creative Commons site they will make a symbol containing your particulars:  name, URL, title, etc.  This will make it easier to prove you are the author (or, at the very least, the poster).

If, again, you want attribution of your work while allowing users to do just about anything they like with it, including make money from it, use the symbol on the right.

Creative Commons always assumes the author wants proper credit (i.e. attribution).  The first problem is that some authors prefer anonymity.  The second problem is that many replications won't include the creator's name.  For example, think of how many epigrams or photomemes you see on Facebook without knowing [or caring] exactly who created them.  Will the rights holders be affronted if their names were dropped along the way?  Unfortunately, the term "Creative Commons" is not as well known or easily understood as "public domain".  Are you prepared to field a lot of questions from well-meaning people concerning terms of use?

The best way to avoid any such questions about who can copy what, where, how and when is to place the piece into the public domain.  This surrenders all the rights of ownership except one:  no one other than the creator can claim authorship.

There is a counterintuitive catch here:  while it is brain-dead easy to copyright a work--just create the thing--it takes whole firms of Philadelphia lawyers to officially give up those rights before they expire on their own.  That said, the symbol (above left) should suffice to clarify your intentions. 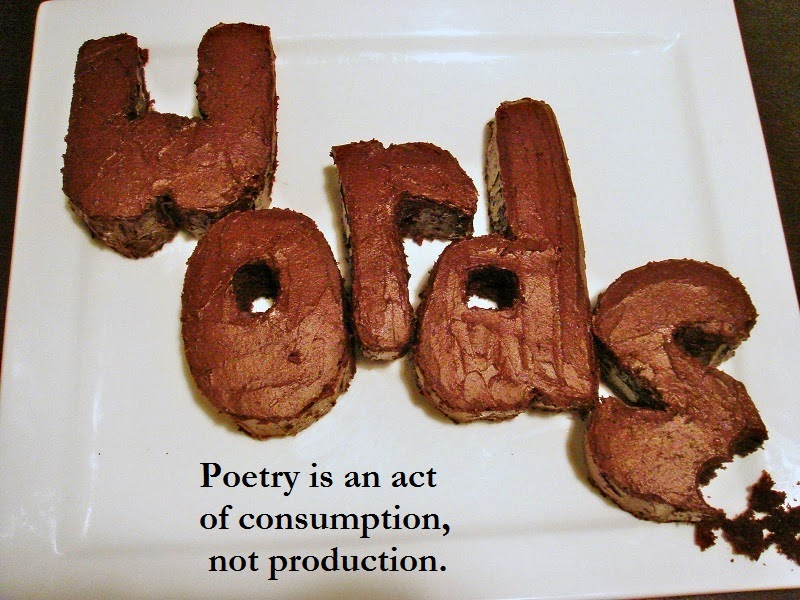 These symbols are very helpful, if not crucial to the public distribution of art.  However, they are virtually irrevocable.  As an editor or blogger, please make double-damned sure that you have the author's informed consent before you apply any of them.

If using something available under Creative Commons or with a Public Domain assignation it may be a good idea to take a Cover-Your-Ass screenshot or photo of the source.

Here's a quirky twist:  Arguably, everyone who hopes to appeal to a broader audience should utilize these signs.  Does it make sense that we make a campaign of encouraging their use, like condoms, floss and a Mediterranean diet?

Currently, the two most prominent users of Creative Commons and, in particular, Public Domain symbols are D.P. Kristalo and the greatest poetry videographer of our time.  As such and in an albeit perverse way, these notices are becoming symbols of quality.  Don't spoil that.  Save these signs for your best pieces and encourage only your favorite poets to employ them.

Consider two superlative poems.  One appears in a high-end magazine that will jealously guard its copyright against any unauthorized use.  As such, it appears in no memes, videos, T-Shirts or placemats.  The other piece is in the public domain, such that fans can [and will] distribute, memorize, and perform it anywhere and anytime they like.

Which poem will die wherever it appeared and which might proliferate on YouTube and social media, becoming the first iconic poem in the last half century?

Tangentially, which poet is more likely to write such a viral/iconic poem in the first place?  A sapient one who understands the need for buzz--the role of an audience--or a primate who won't drop the cookie in order to extract a hand trapped in the jar?

¹ - It violates copyright--at least if anyone can hear you.

1. Hype Versus Buzz - An Introduction