Why Your Poetry Fails - Part IV 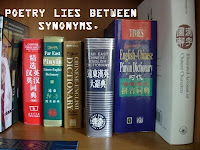 While the rest of the world continues to prefer metrical, rhyming narratives editors, judges and academics adore comparisons: analogies, juxtapositions, symbolism, contrasts, similes and metaphors. Especially metaphors. Metaphors are like honey-glazed catnip to these people. Indeed, the reason analogy plays such a small role in poetry is that similes and metaphors do the same thing more succinctly.

The bad news, then, is that if you're going to impress judges or editors you will have to come up with scintillating, original metaphors.

The good news is that this requires remarkably little effort.

Hold this thought for a moment:  "Once you know the answers the questions are simple."

A simile says that something is similar to something else. Typically, the word "like" or "as" is employed. Suppose you want to describe a setting as being in a particular hemisphere during extremely troubling, portentous times. Think of something disturbing. What could be more so than a sick baby? How does one make it clear the action takes place south of the equator? By having September be spring, not fall. Put this together and you have:

Now suppose you want to describe a situation where the police and armed forces form a tight conspiracy against their government because it has nationalized the copper mines. Nothing could be more obvious than:

Metaphors are more hyperbolic than similes, stating directly or indirectly that one thing is something else. Think of how a child might revere his grandmother and consider her current location to be the family home, much like the famous song "Papa was a Rollin' Stone. Wherever he laid his hat was his home."  Think of someone who is worshipped and something that carries its abode around with it and, voilà!, you have:

"Of course, you are a turtle god."

Now suppose the fix is in for a physician. It takes little imagination to come up with a "verb modification" like:

There's nothing new here. About 3000 years ago Homer (not Simpson) sat down, wondered how to describe the intoxicating, addicting, mysterious effect of the port-colored ocean and effortlessly produced the greatest "noun-modification" metaphor of all time:

As poets on Usenet used to say:   "Hey, this poetry shit is easy!"

Actually, these comparisons are not poetry techniques. They are logical constructs found in any explanatory text (e.g. "A Brief History of Time" by Stephen Hawkings uses many of them).

There are two myths about symbolism that need to be dispelled:

Many of the tricks we've discussed in this series so far are subtle: diaeresis, palindromics, curginas, corata, et cetera. Some of the crudest and laziest approaches, though, can be the most effective. 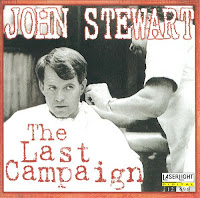 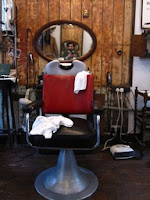 Poetry being a no-frills form of communication, the mere mention of any two items, individuals or events or of the same expression twice (why not use synonyms?) invites the audience to compare the pair. Haiku is built on such juxtapositions. Until we see that "Beans" is an acrostic, at least, we wonder what the relationship is between yellow beans in the second stanza and the central figure in the first.

Allen Ginsberg's famous prose poem "Howl" relies almost entirely on anaphora: the repetition of words like "who...", names like "Moloch..." or phrases like "I'm with you in Rockland..." at the beginning of many lines. In poetry or rhetoric, anaphora can be an excellent way to built tension from one iteration to the next.

If done judiciously, anaphora can have both a chanting and enchanting effect.

Everyone is familiar with "The Skeleton Song", including many who wish they weren't.

Anadiplosis is a fancy term for using an expression from the ending of one sentence to begin the next. It can be a very effective, economical way to create links in a narrative chain.

Your face was always saddest when you smiled.
You smiled as every doctored moment lied.
You lie with orphans parents, long reviled.

When a poetry fan wakes up in a cold sweat chances are good that they were having a nightmare about the "list" poem that put them to sleep in the first place. These itemizations rarely work--especially on the page--unless their particulars increase in intensity and/or move the narrative along with subtle differences in the items or presentation. Most often, the details become blurred; the listener's processing center shuts down under Information Overload, such that only the tone, mood and pace survive.

Michael Ondaatje's "Sweet Like a Crow" is a successful list poem. "Remedies for Vertigo" by Walter Bargen is so full of lists that it seems like an encyclopedia of interesting lines, none of them contained in a poem worth reading.¹

Repetitions of words or phrases at the beginning (anaphora), end (epistrophe) or end and beginning (e.g. anadiplosis or symploce) of sentences, of sentences ("repetends") in whole or part, and even stanzas (choruses) are the stock and trade of the performing poet. They are to slam judges what metaphors are to editors and writing contest judges: catnip.

¹ - That said, the chilling story poem, "Flight Lessons", from "Remedies for Vertigo" is worth the price of the book.

Please feel free to comment or ask questions below or, failing that, mark the post as "funny", "interesting", "silly" or "dull".

If you would like to contact us confidentially or blog here as "Gray for a Day" please use the box below, marking your post as "Private" and including your email address; the moderator will bring your post to our attention and prevent it from appearing publically.

Posted by Earl the Squirrel at 9:33 PM