When to Enter a Contest

I don't mean this in the sense of which contests you should enter.  If so, I'd be saying "Enter a contest only when the judges have shown an understanding of both free verse and verse."

No.  I mean:  "At which point should we enter a poetry contest?  As soon as entries are being accepted or closer to the deadline?"

Would you believe it depends on which kind of poem(s) you've written?

Content Regents complain that their "deep" "poems" fare poorly in contests, the reason being that, with so many entries, judges don't have time for a "close read".  That is true.  Sort of.  The fact is that Content Regents, by definition, rely almost entirely on meaning and/or meaninglessness.  As such and as art, their verse is usually either crap or, worse, the dreaded cryptocrap.  Both tend to get winnowed out upon arrival, as they should.  Who has time for poetry that isn't poetry?

A modicum of technique should be enough for any poem, deep or not, to survive the initial selection.  Now consider how most contests operate.  The acceptance period is usually months, after which there is a shutoff and a few more days, weeks or months until the final announcement.  Before the cutoff date the stack of nominees gets fatter as more arrive, thinner as more are eliminated.  Judges will return regularly to the stack, perhaps enough times to begin appreciating your woek.

Let me give you an example with which you may be familiar (if you are a regular reader, at least): 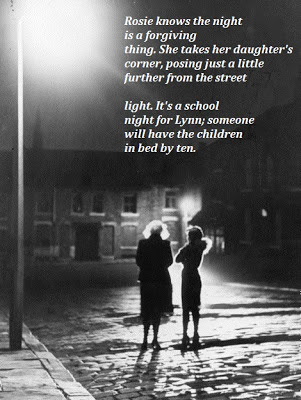 Once a poem of this ilk is entered the fight for second place begins.  It might not be a popular choice among the other entrants, though.

"That shit won first?!?  Was it written by the judge's son or daughter?  How could that thing possibly win?"

Here is how:  It arrives about three nanoseconds after the contest starts.  It has some nice sonics and seems rythmic so it avoids the dung heap.  For now.  Every few days or weeks the judges pick up the survivors and review them.  As they do, this one begins to stick in their minds, though they're not entirely sure why.  A month later, they begin to suspect it has something to do with linebreaks.  If nothing else, poetry readers today love linebreaks.  If and only if they have enough time with the poem will panelists begin to understand that it is a cada línea.  Once this secret is out the contest is over.

Obviously, such poems need to be submitted as early as possible so that they will begin to work on the judges' minds.  It's like farmers planting their slower growing crops early.

Now take the opposite extreme.  Suppose you are submitting verse that may have less mystery but considerably more performance value.  Something dazzling.  Passionate.  The English equivalient of Federico García Lorca's "Llanto por Ignacio Sánchez Mejías":

Let me interject that your rant had better be damned good.  In general, these come off better on the stage than the page.  Also, anyone who thinks "deep" poems get short shrift in contests should see how dismissive judges can be with over-the-top dramatic efforts.  As we should have surmised by now, time is on the side of the more thoughtful entries;  by definition, excitement has a short half-life.  Performance types may need to benefit from a psychological phenomenon first described in Alexander Kotov's chess (yes, I said chess) masterpiece, "Think like a Grandmaster"):

When people have two equally attractive, complex options--like two chess moves or two poems--they often tire of the comparative analysis.  Suddenly, a third option pops up and, presto!, they go with it.  That being the case, submit your dramatic pieces just under the deadline.  Your chances aren't great but you can hope to sweep the adjudicators up in a wave of excitement.

If you know the reading period, similar approaches could be taken with publishers.