In every aspect possible, independent (aka "private" or "Labor of Love"/"LoL") publications are the polar opposite of "institutional poetry" publishers.  It begins at the top, where independents tend to be privately owned and operated.  Think "Mom 'n Pop" versus Walmart.  Decisions are made by individuals without regard to oversight committees.  Because Nobody Reads Poetry, independents serve those who write poetry, as opposed to those who teach it.  At this time, a publication credit from an independent, no matter how good, will rarely make a strong addition to one's resumé.

Few Labor of Love editors have any experience with or understanding of The Watermelon Problem.

"Why," they wonder, "would any editor put a cap on quality?"

If handed one of the great poems of our time they would do cartwheels and then publish it.  WTP?  Why overthink this?

In terms of quality, poems in academic periodicals coalesce perilously close to the Billy Collins level.  Those in private publications usually range all the way from Maz down to Amiri Baraka wannabes.  This "hit or miss" tendency is part of their charm.

The danger in any one-person-band is that all the songs will end up sounding the same.  Similarly, independents worry about convergence, not watermelons.  There is the risk that, over time, people will do exactly what the venue's guidelines insist:  they will read what is published there and submit more of same.  One aesthetic fits all!  If the editor falls into such a rut there will be no reason for subscribers to read a second poem.  That is one less reason for them to be subscribers in the first place.  What distinguishes even the most successful independents is how they deal with convergence.

4.  "Rattle" editor Timothy Green runs an NFL Fantasy Football league for poets.  Not impressed?  Well, how many versers do you have to meet before you find 14 who don't giggle at the mention of "Tight Ends"?  How many of us are acquainted with 14 poets who might know that William Shakespeare¹ played halfback for the Notre Dame Fighting Irish under the personal monicker "The Merchant of Menace"?  (I'm not making this stuff up.)  Obviously, Tim is one of the most charismatic and friendly editors in poetry.  Along with his wife, Megan, he has made "Rattle" the most recognized independent around, due in part to his masterful use of social media.  In terms of inspiring poetry production he stands without equal.

Most people assume that poetry editors study the craft and engage in critical discussions.  In truth, very few have any interest in matters technical and many are downright hostile to critique.  One prominent institutional publisher won't accept any poems that have been offered up for informed, objective online critique.  Many private publishers feel the same way.  This lack of sophistication--especially in the original sense of the word--shows in the final product.  Quaint narratives with linebreaks might be more interesting than thinly veiled philosophy lectures but can make a publication seem like the Readers Digest with narrowed margins.

3.  Independent verse tends to be more fancentric and may even have [gasp!] stage value.  For example, "The Pedestal", one of the few Labors of Love that pays its poets ($20?), is put out by John Amen, an occasional participant in open mics and slams. This makes the poems he chooses slightly less prose-like than most of his competitors'.

Previously, at least, John would employ guest editors, thus staving off the threat of convergence while adding an element of unpredictability to his periodical.   By widening the perspective, John or one of the temporary editors will occasionally find a gem.  Thus, while nowhere near as consistent, the average poem in "The Pedestal" edges out its counterpart in "Rattle".

The question arises:  "Why have 'The Pedestal' or 'Rattle' not made the quantum leap into the top two?" 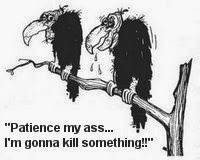 Unlike some of his guest editors, John hasn't raised his profile among the best² poets and in places where rising stars can be found.  The old model of an arbiter passively waiting for good stuff to arrive over the transom is long gone.  The key to producing a first rate 'zine--even on a $0 budget--is no more complicated than knowing where to find stellar sources.  Having done so, you hope the best writers will send you their better works, lest you suffer the fate of the New Yorker.

2.   Private venues tend to be more form-friendly and inventive, with no reservations about including a curgina, corata, DATIA, cada línea, reverser, multimedia or cliché collage.  While institutionals present [allusive] hypertext in the figurative sense, indies might do so literally, as in "Elegy for Eva", published in Autumn Sky Poetry #12.  By contrast, in academia "experimental" means "incoherent".

Inclusion in the list of "The Ten Most Influential People in Poetry Today" does Christine Klocek-Lim scant justice in general, let alone as the owner-operator of "Autumn Sky Poetry" and, most recently, "Autumn Sky Poetry Daily".  She is everything you'd expect but don't get in other editors.  She is intelligent, gracious, tactful and trusted.  Her two tours as administrator of the Poets.org critical forum established her geek credentials.  (As a SciFi fan and writer, she is also a nerd.  Christine is among the very few poets who can recite the Ferenghi Rules of Acquisition as easily as our Laws of Poetry.)  She may be the one person in poetry who is cherished and revered as much as Maz.  Her "Autumn Sky Poetry" was the most consistently good and diverse source of poetry in the world.  Her unique approach involved going beyond the biggies (i.e. Eratosphere, Gazebo or Poetry Free-For-All) and into the "friendlies".  It seems that every aspiring unknown on the planet took performance enhancing drugs in order to create their career best poem and submit it to Ms. Klocek-Lim.

The problem is that the brighter lights weren't as forthcoming.  This was an awkward situation.  To those who adore her, the merest whim from Christine was like a command from on high.  Seeing this, she became the least demanding person on the planet.  On occasions when we could inquire of her talented friends why they failed to contribute more often we always received the same reply:  "She didn't ask."

1.   Michael Burch asked.  He approached people collectively on sites like Eratosphere and privately.  He did features, including the poet's best work regardless of whether it had been published or not.  In short order, "The Hypertexts" became a "Who's Who" of skilled poets and the single best source of contemporary poetry in the world.

He managed this despite being Ms. Klocek-Lim's mirror opposite.  His lack of interest in technique accounts for the clunkers on his site.  His political and religious stridency is alienating and continues to cost him goodwill and attention.  Nevertheless, he usually heeds aesthetic advice from reliable sources, thus benefitting from bird-dogging and referrals. 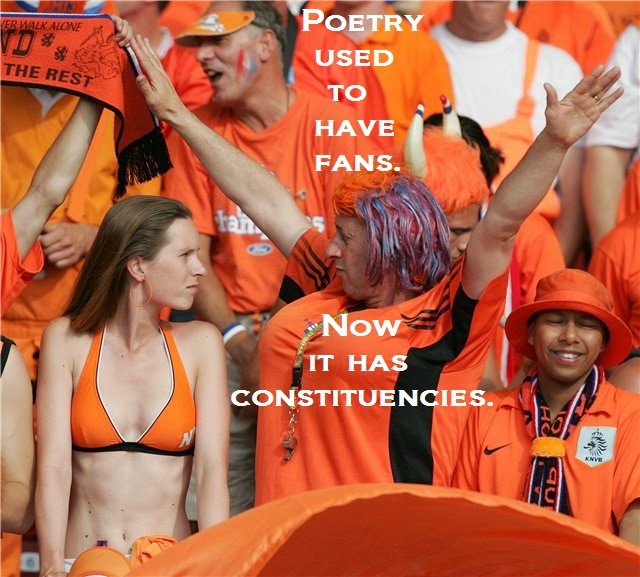 Reflecting their focus on poets rather than poems, institutional and literary³ venues often request poems or articles from well-known poetry teachers, including some current contributors.  Such celebrities are usually listed in an "About [Us]" section, along with one or two
godawful gargoyles (one of whom managed to parlay a BA into a 5-year stint as a university professor emeritus) to "represent" the non-academic world.  The honored instructors spark interest among colleagues, alumni, and students on a school-by-school (literally or aesthetically) basis. 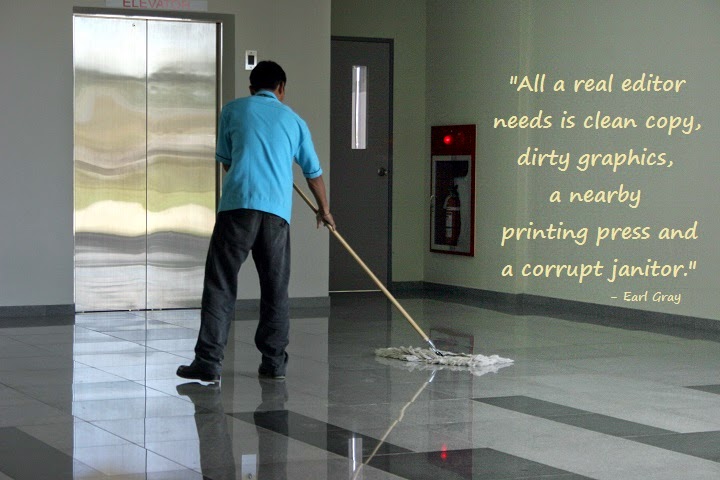 Independents tend not to have such pantheons.  Why?  It's not like poets don't have heroes and heroines among their peers and predecessors.

Soliciting poems from established authors is controversial because those who submit through normal channels, expecting work to be judged solely on intrinsic merit, view celebrities as jumping the queue.  This conflicts with the editor's need to produce exemplary verse.  The solution is to do so discreetly and either at startup, to make a splash, or when the quality of submissions has dipped below acceptability.  Posting a list of people whose work the editor will favor would be counterproductive, if not suicidal.  Thus, the practice that encourages participation in academia discourages it elsewhere.

Becoming the world's best poetry editor seems straightforward enough.  Learn to use social media as well as Tim Green, familiarize yourself with performance and pinch-hitters as John Amen has, approach experts individually as Michael Burch does and do everything else like Christine Klocek-Lim.

¹ - He claimed to be a direct descendant of the Bard before and after failing sophomore English.  When the Pittsburgh Steelers took him in 1936 he became the third person ever drafted in the NFL.

³ - Literary magazines, which include prose and poetry, are often constituted like independents (i.e. with specific owners rather than committees) but they tend to act like institutionals, their poetry (if not their prose) efforts serving only the academic community.

Posted by Earl the Squirrel at 5:06 PM