"It is exceedingly difficult for a stellar poet to unlearn everything they know, ignore every aesthetic instinct and resist every temptation to infuse some element of art into what they are writing.  No doubt you've read the story of Usenetter Peter John Ross valiantly attempting to write as badly as Billy Collins.  After 20 minutes he gave up, having authored a villanelle which, by all objective measurements, was better than anything BC has ever produced."


The infamous "New Yorker" poem is defined as a slapdash affair by a celebrity poet.  On the production side, these efforts¹ succeed at inspiring the aspiring;  new poets say:  "Hell, even I can do better than that!"  On the demand side, I assume their purpose is to attract readers to that publication while driving them away from poetry as a whole.

"If that is from the best, I shudder at the rest!"

Occasionally, though, we are confronted by a collapse of all failsafes.  Here we see what appears to be a cento collected from a tourist phrasebook by an 8-year-old ESL student.  On crack.

Today I'm flying low and I'm
not saying a word.

Not an auspicious start:  a cliché and a lie.  Now we see as egregious a violation of the Barnacles Rule² as we can imagine:

I'm letting all the voodoos of ambition sleep.

We've seen frozen ponds that weren't as flat as this next line:

The world goes on as it must,

After a soporific laundry list, the piece does an about face, plucking an unearned New Age koan of silence out of thin air:

Stillness. One of the doors
into the temple.

Such stunningly sophomoric pretentiousness can only be punctuated by a bong hit and a hearty "Far out, man!"

We need a new unit of measurement to describe how bad this "poem" is.  It is whole Ferlinghettis worse than William McGonagall's "The Tay Bridge Disaster".  As you know, in order to avoid leaving prints criminals will file the flesh off their fingertips.  To avoid rereading this dreck, the blind may do the same.

Such an eyesore forces us to re-evaluate not only this one poet's talent but our entire aesthetic criterion.  As you are aware, traditionally, we have tended to judge great poets by their finest works, few as they may be.  In light of the sample sizes and the fact that flukes happen, perhaps we should be looking at their worst products, excluding juvenilia.

As we saw with Peter John Ross, there is a point where a poet's skill, practice and instincts kick in, preventing output such as the above.  Shakespeare's worst play is still being performed four centuries later.  D.P. Kristalo's worst poem, "Heartbreaker" (aka "Eve Marie"), is markedly better than any New Yorker poem and infinitely superior to the above (which is to say nothing).

You must know that, no matter how drunk we might have gotten Maz, unconsciousness or death by alcohol poisoning would have set in long before she could have written as clumsily as Charles Bukowski.  You are born knowing that we could remove every brain cell from Derek Walcott's skull and his nervous system, on its own, would prevent him from writing as badly as Kahlil Gibran.

Out of courtesy, I won't identify the well-known author of the example poem.  Nor do I encourage you to websearch it without consulting with your opthamologist first.  At the very least, ask yourself:  "Haven't I seen more than enough of it already?"

New Yorker poems will continue to spur the curiosity of those who ask:  "Is the inelegance a product of the author's indifference or ineptitude?"

Not one of us dares wonder what ghastly gargoyles must lurk in the editor's slush pile. 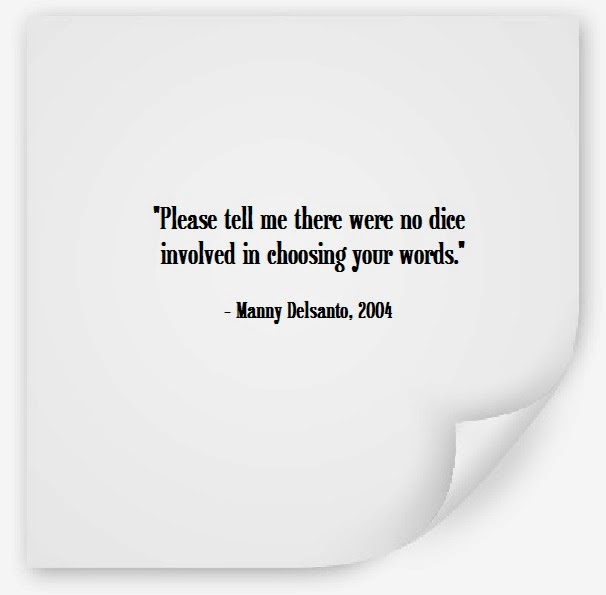 ¹ - This cannot be the right word here.

² - The Barnacles Rule highlights random--sorry, "poetic"--word choices by substituting a form of the word "barnacle".  For example, "cringing darkness" might become "barnacling darkness".

Notice how much more sense "barnacles of ambition" would make here.