Dansuke watermelon are darker and firmer than their North American counterparts.  They grow only on Hokkaido island and can cost $6,100 each.  If you owned a fine dining restaurant, would you put these on your menu?

Of course not.  For one, there are only about 65 Dansuke watermelon grown each season.  Given the number of haute cuisine outlets worldwide, you'd be lucky to get even one of these per year.  Why create a market you can't serve?  Do you want to make this a spectacle of some sort?  Will your diner enjoy eating it in front of so many gawkers?  What will the rest of your clientele say about being passed over?  Will people wonder what else is available but not on the menu?  Might not such exotica make your normal à la carte items seem bland by comparison?  Will your suppliers and guests wonder if you are "moving in another direction" (i.e. abandoning them)?

Clearly, life is simpler if you stick closer to home, doing what you do best for your customers.  Why even bring up the subject of delights you can't provide?  Let your menu speak for itself.  No Dansukes.  Tell your staff that they should never bring such a delicacy into stock--not even as a surprise for a once-in-a-lifetime occasion.  Some owners might adopt a more proactive Dansuke Defence against such blips in quality, contacting distributors in Hokkaido and telling them that under no circumstances are they ever authorized to send their area's produce to their restaurant.

"That's a little extreme," you say?

This analogy explains the Realpolitik of "the watermelon problem".  It explains why the better funded poetry publishers are so editorially consistent, such that their output doesn't generally range from the awful to the great.  Submission guidelines tell authors to read existing issues with an eye toward contributing more of same.  MIMO:  Mediocrity In, Mediocrity Out.  Exceptional writers get the message:  they must either reverse engineer their masterpieces¹ or find another venue.  Not surprisingly, these print outlets have not mentioned, let alone published, the five greatest poems or the two greatest poets of our time.  Given that no year since Shakespeare's retirement has produced even a handful of anthologized poems, there simply isn't enough supply to incorporate such treats.  If academic readers and contributors are your bread-and-butter, why rock the boat by featuring something that crystallizes their inability to compete?  In such a symbiotic relationship, why bite the hand you feed?

This comes before you are confronted with the central question:  "Why can't all of the poetry you put out be this good?" 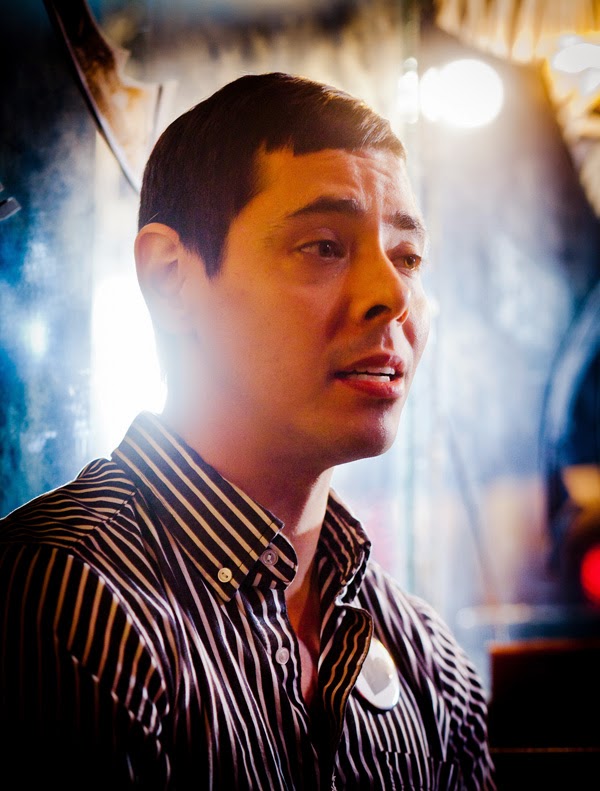 (Indeed, in an extreme case, an editor might go to a tiny milieu known for its poetic brilliancies--e.g. a third of 2013's AWP speakers, 4 of the top 5 critics' choice poems and all three of this century's best poets, the last 14 Nemerov winners, etc.--and announce a ban on all of its verse, along with that of any stranger who dares ask questions about the policy.)

Above all, this explains why, if you want examples of great poetry, you will need to go to smaller-budget, independent publishers.  Bring your hip-waders;  you'll need to trudge through a lot of sewage.  To narrow your search, start with The HyperTexts and then look at some [mostly defunct] 'zines produced by knowledgeable editors:  Lucid Rhythms, Autumn Sky, Shit Creek Review, The Chimaera and The Flea.

The issue isn't "artistic integrity" or some such nonsense.  It is exceedingly difficult for a stellar poet to unlearn everything they know, ignore every aesthetic instinct and resist every temptation to infuse some element of art into what they are writing.  No doubt you've read the story of Usenetter Peter John Ross valiantly attempting to write as badly as Billy Collins.  After 20 minutes he gave up, having authored a villanelle which, by all objective measurements, was better than anything BC has ever produced.