Mel Kiper, Jr. is an independent NFL scout.  With his keen eye for talent and encyclopedic knowledge of statistics, he often compares players to past greats in terms of potential and style.  He has sufficient command of English to impart his perspectives by writing authoritative, convincing reports.  He may know very little about technique and "x's and o's" (i.e. the strategy of the game).  Rather, he concerns himself with personal histories and influences:  college environments and coaches.  In spring, when the NFL holds its annual draft, such scouts are in their heydey, advising teams and bettors (starting with fantasy football enthusiasts) on whom to select.  His role diminishes sharply once the season starts.

In short, Mr. Kiper deals with evaluating prospects.  He cares about the past and present:  how good is the player based on his performance so far? 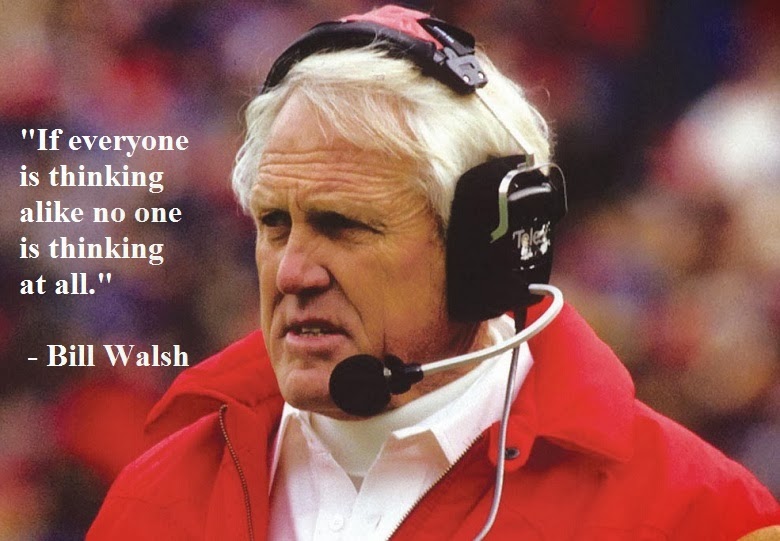 Bill Walsh (1931-2007) was a Hall of Fame NFL coach.  As such, he had an entirely different skill set and mission.  Unlike a scout, his job was not to recognize talent as much as it was to develop it, along with a game plan.  He was a master of tactics/techniques and strategy.  He was amazingly creative;  his "West Coast Offence" remains the most popular and successful approach in the game.  To inspire his troops he needed strong verbal, not writing, abilities.

In short, Mr. Walsh dealt with improving prospects.  He was focused on the future.  As they say:  "You're only as good as your next game." 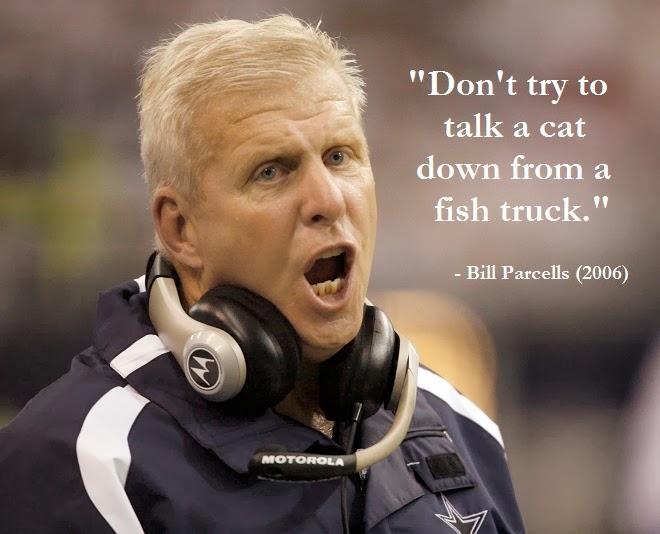 These two men worked exclusively with NFL players but were direct opposites in every discernible aspect.  There is one more contrast:  it is difficult to assess Mel Kiper's success.  Few will bother trying.  Some of his recommendations will work out, others won't.  Bill Walsh, on the other hand, would have a win-loss record and, if he had a great season, he'd win a Superbowl, news which would be in all of the newspapers.

In every respect¹, a literary critic such as Marjorie Perloff  is like Mel Kiper, the scout.  A great critiquer such as Margaret A. Griffiths is like Bill Walsh, the coach.

It is the difference between a judge and a midwife.

It is the difference between prose and poetry.

¹ - Both critic and critiquer use text as a medium but the latter is far more likely to engage in a detailed conversation about sonics while the former may, at most, pay lip service to "musicality".  The critiquer is helping someone write poetry worth reciting aloud;  the critic is writing prose.  It should surprise no one to learn that, in general, critiquers tend to be far better poets than critics are.

Posted by Earl the Squirrel at 1:09 AM