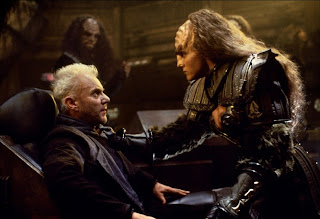 There is remarkably little overlap or interaction among Pixel, Page and Stage poets.  The NEA and Poetry Foundation bring us the brilliant Poetry Out Loud initiative but, beyond that, PoBiz types exhibit little or no interest in performance...with one significant exception.

Our local open microphone is one of the many that is organized by a writers group.  That organization provides a different Guest Reader at each monthly gathering of performers.  Picture the scene:

An academic, usually one with a recent publication from a university press, arrives at the venue at 7:00, foolishly thinking that these things start within a half hour of the announced starting time.  He (we'll say it's a male not because about 2/3 of them are but because I flipped a coin and it landed heads) expects to be greeted by a crowd of angry villagers with torches.  And he is, if you consider 30 souls who don't bother to look up from their laptops to be an "angry crowd" and the dim bulbs of the cafe/bookstore to be "torches" when actual torches would be more illuminating.  (As the Great One said, we "live in available light.")

This stranger in a strange land, looking like a hog at a luau, seeks out the comfort and safety of the organizers.  They aren't hard to spot, being the only ones who seem to care who comes through the door.  These greetings attract some attention from the villagers, who realize that this must be the bearer of the 15-minute commercial message that forms the preamble and price of their participation.  Shrugs all around.

The event finally begins with the Master of Ceremonies telling the crowd that they about to witness the second coming of William Shakespeare.  Little does anyone suspect the reference is to the William Shakespeare who played halfback for the Notre Dame Fighting Irish.

For the next eon or two the guest talks about having grown up somewhere.  No trauma, no drama, no events, no point, just the fact that he grew up.  Somewhere.  Poetry technique?  You're joking, right?  From time to time the guy switches between looking at the crowd and at the book in his hand.  There is no other way to distinguish his banter from his "poetry".  The audience sits, impassive and expressionless.  Think terra cota warriors here.  When the guest stops speaking the statues stir to life, clapping politely.

Whereas the readers are cloned (i.e. bookworms presenting lineated journal writing) in some local laboratory, the open mikers range from slammers and street poets busting [gasp!] rhymes to droners, corazoners, dramatists, and formalists of all levels of sophistication.  By the time the compère ends the proceedings something has become obvious:  the two groups are caught in different eddies.

The PoBizzer is trapped in a causation spiral:  he can't perform and, therefore, makes no effort to incorporate peformanance value in his writing.  This, in turn, discourages him from learning how to perform.  We would think that breaking out of this would be easy:  just attend more open mics.  Absorb the skills one sees there--by osmosis, if necessary.

How about zero?  That's right.  None.  Some are so afraid of actually learning something that they leave before the open mic finishes.  Not surprisingly, they continue producing and recommending stuff that has no audience appeal.  One wonders why someone with no interest in poetry, least of all his own, wastes so much time trying to write and promote it.

In "Star Trek Generations", the villain, Doctor Tolian Soran, played by Malcolm McDowell, is dislodged from the "Nexus"--a timeless, addictive pleasure zone--and wants to go back.

Unlike any Guest Reader, the open mikers have--however briefly--held audiences enraptured.  They have been to the Nexus.

And want to go back.