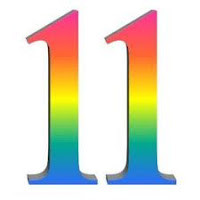 "...the best way to find out about poetry is to read the poems."

I can never rest. I take a day off, only to return and find this statement by Louis Zukofsky in "A Statement for Poetry". Were people to give this a nanosecond's thought they would agree that, of the options, reading poetry is easily the worst way to be exposed to poems, just as it would be the worst way to be introduced to film or theatre. Aren't these are the same sources who emphasize poetry's oral tradition and the importance of sounds?

It would be a challenge to visualize conditions on the home planet of anyone who believes that text is the proper medium for being exposed to poetry. The inhabitants would have to be deaf, which would preclude the development of spoken language altogether. Meter would quantify the number of characters or words in a line since syllables and beats would be foreign concepts. Naturally, sight rhymes would be the only kind found.

Imagine if no one had ever recorded a song by the Beatles, including John, Paul, George and Ringo themselves. How well would their lyric and music sheets be received? Can you name a single well known composer today whose work was never recorded by anyone? Who survives only through live performance? What kind of venues would bother to book such an unheralded act?

These questions are important because they illustrate two key points:

So why do these people repeat this nonsense about an art form that predates writing by eons?

Posted by Earl the Squirrel at 6:16 PM