What Passes as Criticism

Recently, I was exposed to two examples of what passes (read:  "fails") as poetry criticism.  The first is Adrian West's "The Awfulness of Pablo Neruda", where we learn that Pablo Neruda was "awful" because:

3.  Some disapprove of Neruda's character.  If only he were a saint like Villon, Shakespeare, Swinburne and Pound!

4.  Some of Neruda's juvenilia¹ was [gasp!] extremely derivative.

This constitutes criticism?  Of a best-selling, Nobel Prize winning poet who performed in front of live audiences numbering in six digits?

If getting his B.A. in Humanities from University of Tennessee at Chattanooga involved Mr. West taking a literature course I'd say he is entitled to a 100% tuition refund, deducted from his professors' severance pay. 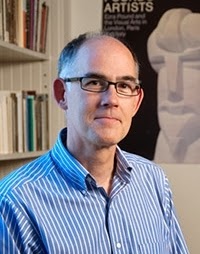 At the end of "Dead Poets Society Is a Terrible Defense of the Humanities" we are informed that "Kevin J.H. Dettmar is the W.M. Keck Professor of English, and the chair of the English Department, at Pomona College."  His thesis exhibits none of the silliness we see in Mr. West's.  I get the sense that academia would be rather comfortable with his essay.  Indeed, I apologize to Professor Dettmar ("KJHD") for singling him out;  I could have used almost any article being published by academics today.  What is more, I agree with his title--and for many of the reasons he cites.  "Dead Poets Society" indulges in the same lazy, adolescent, "feel good" clichés spouted by Ido Effected/Affected wannabes everywhere.

"I think I hate Dead Poets Society for the same reason that Robyn, a physician assistant, hates House: because its portrayal of my profession is both misleading and deeply seductive."

Excuse me, but wasn't the whole point of the film that John Keating (as played by Robin Williams) was, indeed, unlike others in his profession?

"It takes Emily Dickinson’s playful remark to her mentor Thomas Higginson, 'If I feel physically as if the top of my head were taken off, I know that is poetry,' and turns it into a critical principle. It’s not."

Does KJHD really want to compare the success of his aesthetic to that of Emily Dickinson?  What next?  A game of one-on-one against LeBron James?  Oh, and what is wrong with mind-blowing poetry as a goal?

"When we simply 'feel' a poem, carried away by the sound of words, rather than actually reading it, we're rather likely to get it wrong."

Why not do both, and in that order?

What follows is a fundamentalist argument that KJHD's interpretations are closest to authorial intent and are, therefore, gospel.  There is no room for plumbers, homemakers or hockey players to take from a poem what plumbers, homemakers and hockey players are wont to infer.  Leaving aside the notion that authorial intent is to poetry what creationism is to science, he describes other views as "anti-intellectual".  Without a hint of irony, mind you.  This is coming from someone who insists that we cannot quote verses in any context beyond the poem itself.

The nadir comes when his substance-over-form obsession causes him to fret that "the students are freed to enjoy an unmediated encounter with poetry in the raw."  Heaven forfend!

At no point in his diatribe does KJHD allow for the fact that these are students encountering poems for the first time.  He does not accomodate the theory that they should do so as an audience, not as readers and certainly not as critics (all of which can come later).

After wasting our time pointing out that John Keating said something similar to Ralph Waldo Emerson (yeah, so?) while intimating that standing 2.5 feet higher doesn't change one's perspective (really?), he dovetails into a logic spiral, arguing that students who listen to Mr. Keating aren't thinking for themselves because they are listening to Mr. Keating telling them to think for themselves.

The professor lays his cards on the table in the penultimate paragraph, concluding that "it finally comes down to a preference for fans over critics, amateurs over professionals."

Obviously, KJHD sees poetry fans (he does?) and critics as mutually exclusive or, at the very least, working at cross-purposes.  If we don't have fans, to whom are critics, professors and poets speaking?  As for "professionals", this is a contrast between two of them, both "reality challenged" in one way or another.  (I'd be curious to hear what KJHD would say about the simultaneous rise of his profession and the demise of the underlying art form.  Coincidence, no doubt.)

When KJHD misuses the term "analysis" he means "interpretation", words as dissimilar as "autopsy" and "eulogy".  I am reminded of a documentary involving islanders speaking in a thick patois, their words being typed onscreen for clarity.  English, with English subtitles.  It's funny until we realize that this is KJHD's life's work:  translating English into English.  No doubt he eschews Dylan Thomas for William C. Williams because the former doesn't require his services as explicator.  He treats English verse as a foreign language and wonders why enrollment is down!   Does he ask how, for millennia, the hoi polloi were able to comprehend the Iliad without his guidance?  Does he understand how street urchins kept the doors of Shakespeare's theaters open without such "analysis"?  Does the professor ask how colegiales kept the works and memory of Neruda and Lorca alive without his help?


The article is a complete but all-too-common misreading of the roles and natures of poetry and education.  So, what can we learn from this cautionary tale?

To avoid becoming the next in a long line of KJHDs, stop engaging in poetry palmistry, with its close readings of etymological entrails, and start discussing the science of poetry.  Prosody.  For everyone else, imagine if we did need English professors perched over our shoulders in order to enjoy poetry.  Imagine how few of us could afford the expense and time.  Imagine how obscure and elitist the writing would become in order to justify such mediation.  Imagine how soon cryptology would replace the study of verse.

Posted by Earl the Squirrel at 5:38 PM

Email ThisBlogThis!Share to TwitterShare to FacebookShare to Pinterest
Labels: "Dead Poets Society Is a Terrible Defense of the Humanities", "The Awfulness of Pablo Neruda", Adrian West, Kevin J.H. Dettmar