I don't know where people get the notion that poetry is all "Kumbaya", with everyone getting equal opportunities and time to speak.  Perhaps it comes from open mics, slams, offline workshops or university presses.  No matter.  In real life all speech and all art competes for attention, frequently from a paltry, dwindling audience.  What is more, the competition is often not fair, open or evident.  It is a competition but artistic merit may be only one of the factors in play.

For example, we have the infamous "New Yorker poem", so named because of TNY's notorious practice of publishing bad poems by celebrity poets.  Such work might bump yours out of contention, only to lose out to something written by a bigger celebrity.  Ç'est la vie.

(Personally, I can understand¹ this in an insecure publication that is trying to get established.  They may need that name on their masthead.  For an established magazine to do this strikes me as abdicating their primary responsibility as a filter;  it is elitist and, at the same time, pathetic.  But I digress...) 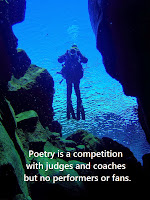 "My poem was published in a prominent poetry magazine, beating out thousands of others for this honor.  I won the competition, right?"

In fact, it wouldn't even be right to say that "the game is afoot".  The real struggle hasn't begun.  To be read, that poem and publication still have to be sold to an indifferent audience.  Even then, readers might be more interested in the interviews and articles than the verse.

"Okay, so the publisher and I find a way to get the lion's share of poetry readers.  We even beat out the hit counts for Pixel and Stage poets.  Now I'm a winner, right?" 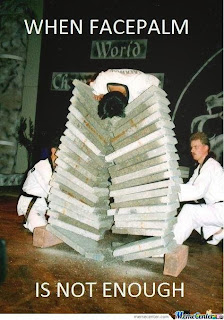 You've won a preseason game.  The championship is a long way off.

Unless we like being ignored, it's time to consider our goal and the opposition. 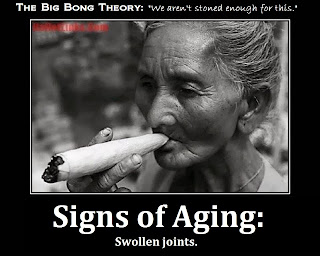 Imagine two strangers on a bus, train or plane.  Bored with avoiding each other's gaze or discussing the weather, sports or politics, one of them might ask:

"What do you think of the latest James Bond flick?"  Or last week's episode of "The Big Bang Theory"?²

In the last half century you would not hear³:  "What did you think of the poem in yesterday's paper?"  Or of a poetry book like "Songs of a Sourdough" (as we might in 1907)?  Obviously, today's poetry is outside our society's mainstream. 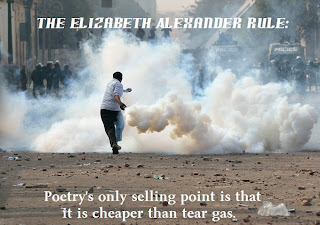 Even with Internet and social media, the conversation rarely, if ever, presumes that the listener will be familiar with any given contemporary poem.  Conversations about such verse, when they occur, almost invariably include a URL to bring the message recipient(s) up to speed.  There are no icons.  No common ground or points of reference.  Thus, there is nothing of preexisting mutual interest to discuss.

As poets, our goal is for our words to be heard and remembered as part of the culture at large.

The bad news is that our competition is not simply every other poet vying for our publisher's favor, or even every other piece in every other publication.  It is every poem, song, movie, novel, play, television or radio show, if not every pastime available to consumers today.  Until everyone understands this neither your poem nor anyone else's has any practical chance of success.

The good news is that, frankly, most of our competitors suck.

¹ - I don't necessarily agree with or condone it but I do understand it.

² - Perhaps we should take a tip from Shakespeare--he knew a thing or two about succeeding with poetry--and write scripts?  Or from Bernie Taupin and write song lyrics?

Posted by Earl the Squirrel at 3:25 PM