"Insanity: doing the same thing over and over again and expecting different results."

From "Surviving the Death of Poetry":

"Whether tomorrow's breakthrough verses are retro or hypermodern is for audiences to decide on a piece-by-piece basis." 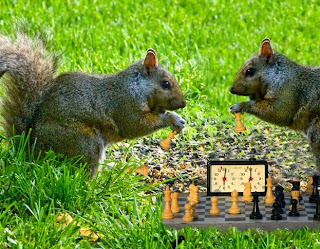 When you take on the task of reviving a dead or dying pursuit there are three possible approaches:

Most editors and, therefore, most poets will continue to participate in the Zombie Apocolypse, producing the same "poetry" that has "succeeded" [only in getting published] recently.  The editors are committed to the status quo, even-handedly supporting everything that calls itself an aesthetic (with or without an audience) while catering strictly to subscribing poets.  The more "new voices" they publish the more subscribers they gain.  Brilliant!  Later, though, they complain--sometimes even publicly--about the tedious uniformity, often in the same breath used to remind submitters to read the periodical beforehand so they'll know what the editors want.  This being the very definition of insanity, let's call it "Einsteinophasia".  Don't get me wrong;  I can empathize because I've been there myself. 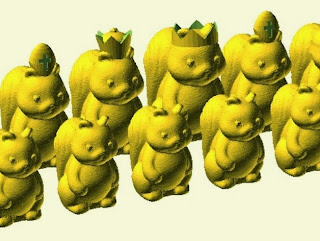 We see what these people are reduced to publishing and can only cringe at the thought of what they must be rejecting.  Nevertheless, a publisher who boards this runaway train rarely chooses to leave it.  Viewers encounter the same stubborn mindset on Gordon Ramsey's "Kitchen Nightmares" reruns, where failing restaurateurs resist serving fresh food, claiming that their existing clientele will prefer the same prepackaged dinners they've enjoyed in the past.  Mr. Ramsay looks around the empty diner and asks:  "What 'existing clientele'?"  The answer amounts to "My buddies, Bob and Jim.  They show up every Thursday for the earlybird special."

Just to be clear:  this purely experimental approach is entirely logical, but only if it collects feedback, draws conclusions from it and bases subsequent action on it.  The problem is that these "experimenters" ignore their data, learning nothing from generations of abject failure.  As Adrian Mitchell observed, "Most people ignore most poetry because most poetry ignores most people."

Another sensible tack is to go "Old School", emulating what worked when the pursuit was still vital.  In the case of poetry this means verse, often in language that is sophisticated, formal and/or, in some cases, downright anachronistic (e.g. people outside religious colonies had stopped saying "thee" and "thou" more than a century before Elizabeth Barrett Browning's "Sonnet 43" in 1850).  "Antiblurb" by A. E. Stallings serves as a breath-taking example:


A critic might say:  "Add in a little more performance value and modernized themes and you might have something with broad appeal."

In 1924 master Savielly Tartakower's chess manual, "Die hypermoderne Schachpartie" ("The Hypermodern Chess Game"), coined the phrase "hypermodern" to describe what he, Richard Réti's "Die neuen Ideen im Schachspiel" ("Modern Ideas in Chess", 1922) and Aaron Nimzowitsch's blockbuster "Mein System" ("My System", 1925-1927) advocated.  Years later the expression was borrowed by artists, writers, sociologists and architects to describe similar movements in other fields.  I have a few quibbles with the first half of the Wikipedia explanation but this part is noteworthy:

"Hypermodernism...has come to have some aspects of modernism filtered through the latest technological materials and approaches to design or composition. References to magic and an underlying flexible self-identity often coupled with a strong irony of statement categorize the movement. Some theorists view hypermodernism as a form of resistance to standard modernism; others see it as late romanticism in modernist trappings."

Whether we are talking about chess or poetry, aspects associated with hypermodernism include:

Of course, the quintessential hypermodern poem is T.S. Eliot's "The Love Song of J. Alfred Prufrock":

Are there any contemporary examples?  Only one that I can think of:


For convenience, here are the elements in question again:


The magic is in the technique and poignancy.  If I should meet you in twenty years I might say "Your face was always saddest..." and expect you to finish the line.

As we saw with High Modernism, Hypermodernism requires mastery of what preceded it.  It is preordained that it will be followed by imitators who don't even understand that, by definition, it cannot be imitated.

Missing from Savielly Tartakower's biography is his other occupation;  he was a professional poet from a place where and a time when that wasn't an oxymoron.

¹ - In "Surviving the Death of Poetry" we encountered the hipster muggle, an artless dodger often barnacled to publishers and editors, contributing nothing of value to the conversation beyond the obscure verbification of the word "gadfly".  (As an aside, I usually avoid "-isms".  In theory, they are convenient baskets.  In practice, they are the esperanto of the hipster muggle¹ with nothing to say and all day to say it. I mentioned Hypermodernism only because, at the time of this writing, pseudointellectuals haven't rendered the term completely meaningless.  Yet.)

² - If it helps and for better or worse, think drones, not armies.

³ - Think "We stand on the shoulders of giants" more than "Make it new."

Posted by Earl the Squirrel at 2:16 PM