It doesn't make any sense.  To casual observers the blurbosphere is a double-thinking ecosystem dedicated to a subjective group belief that the emperor is well accoutered.  Sustaining this delusion is easier than one might imagine:  keep the indiscreet kiddies off the street, keep your headphones plugged into the echo chamber, your eyes between the blinders and your head below the parapets.  Remain willfully ignorant of all other poetry worlds (e.g.  online, slam, commercial, performance, et cetera), some of which are larger than the PoBiz.  Volumes have been written on this lexicological discovery:  whereas oxymorons have previously required two or more terms, in the blurbosphere the word criticism--without scare quotes, mind you--translates to "anything but criticism".

The worst of it is that these "critics" actually think they're helping to promote poetry in general.  They expend their energy trying to dictate to prospective consumers what they should like rather than predicting whether or not they will.  Even by Sturgeon's Revelation, 90% of the underlying work is crud.  Add in the fact that, by definition, business card poetry isn't audience-oriented, most of it written by people who don't know iambs from trochees, and that 90% skyrockets to 99+%.  Blurbing such drivel simply causes readers to question the critic's judgement/taste/integrity or to shrug their shoulders and say:  "If this is 'poetry' I want nothing to do with it."

It makes no sense!  At least, not to the casual observer.

In fact, the logic of both groups is impeccable, even though the paths diverge early and sharply.  Both groups begin with the same undeniable premise.  This is how practical poets approach and appreciate reviewing:

Compare this idealism to the blurber's thought process:

Those of us outside the bubble might remark on the defeatist tack but, truth be told, the blurbot's vision is, if anything, more practical than that of the "practical poet". 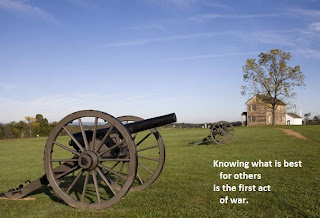 "Read a lot of poetry" is good advice for everyone, not just poets.  I, myself, repeat it like a mantra.  First, though, we must stress the word poetry, as opposed to what Leonard Cohen described as "other forms of boredom advertised as poetry."  Second, we must stop abridging the truism;  it should say "Watch and then read a lot of poetry."

"Show, don't tell" should apply not just to writing poetry but to criticism and promotion as well.  Rather than telling us that such-and-such is good why not demonstrate it via performance?  What better way to promote poems/poets/poetry than to display the words in their most engaging and entertaining light to the widest possible audience? (More on this presently.) 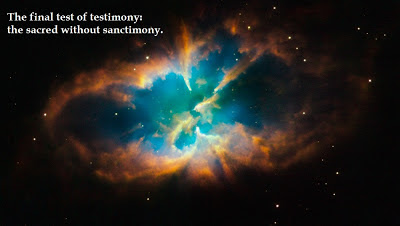 Scholarly criticism is the long view of verse:  trends, styles, schools, influences, et cetera.  What is this piece's role in poetry's evolution?

Critiquing involves suggesting changes directly to the author before publication.  Is this poem ready for prime time yet?

Reviewing is the past tense of critiquing except that it serves and is directed at prospective consumers.  Is this finished verse worth accessing?

Within the blurbosphere the product is almost invariably a book.  Outside the bubble, it may also be a live performance (if so, bring a video camera and record it) or appear on a website as either text or a video performance, dramatization, montage or slideshow.

When it comes to writing reviews of poetry books only Guideline #1 applies:

"Why not?" you ask.  Because No One Gives A Shit (i.e. "NOGAS").  Few enough people read poetry in toto.  Why would anyone want to read an analysis of some utterly obscure subset "heavy with proverbs and corrections?"  Worse yet, the process is ass-backwards.  Why not wait until the poems, poet or, better yet, the art form has a following?  Otherwise, by definition, NOGAS.  Knowing how few will ever see the critic's or the poet's efforts, reviewing is like performing an autopsy on a ghost.

The indiscriminate practice of passing blurbs off as reviews exacerbates a significant "watermelon" problem while constructing a boy-crying-wolf roadblock.  If someone does publish something worth reading an appreciative critic cannot be heard above the blurbing.  As for the 99+% of collections that have no merit, one must either lie/blurb or tell the ugly truth and incur the enmity of authors, their friends and publishers.  Where is the benefit to the writer, critic, publisher or public? 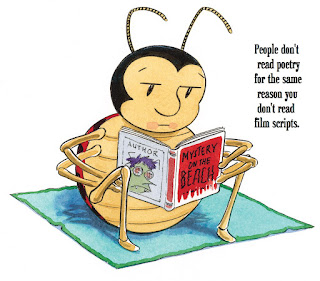 If forced to comment on published poetry bear this in mind:  a reviewer is a reporter, not an advocate.  Given the preponderance of confessional poetry, the critic and poet are often nothing more than journalists of different sorts.  Avoid the rookie mistake of putting the conclusion before the evidence.  Show examples of the best, worst and average excerpts.  Estimate the ratio between these.  As a rule of thumb, any collection containing two memorable new poems--four if it's a contemporary anthology--is well worth investigating.

Do not get bogged down in biography.  Stick to the poem, not the poet.  If these cannot be separated revisit Guideline #1.

A Better Use of Your Time

If you find a poem you think is worth showing to the public why not do so?  Obtain the required permission, create a video and post it to YouTube.  If and when the vids of a particular poet attract sufficient attention (i.e. hits) and applause (i.e. "likes" and appreciative comments) consider writing a review of any or all of them.  Horse, then cart;  few people will read a poem or script before they've seen it produced.


Don't forget to repeat that survey from Lesson #1:

"Find two mediocre contest-winning and/or published poems that have been blurbed.  Add this poem and this verse into the mix.  Ask your students which two of these poems are better than the other two.  Record your results but do not discuss them yet."