The first rule for marketing poetry is:  "Don't."

Even in the Golden Age of Poetry it was not usually presented as such.  Shakespeare sold drama, comedy and tragedy that "just happened" to be largely iambic pentameter.  It seems that, to have any public appeal, poetry must be contained within or presented as something else.  It might be described as "entertainment", "stories" or "A Night of Wit and Wisdom with So-And-So".  Poetry being a mode of communication, one would no more describe an offering as "poetry" than one would advertise "Gone with the Wind" as "two hours of phony southern accents".

Anyone who accuses you of being a poet should be sued for defamation immediately, as they should if the charge were sex offender, teabagger or Dallas Cowboys fan.  Again, Shakespeare identified himself as a dramatist and, later, a theater owner, not a poet.  Other greats would confess to being priests, bankers, even lawyers and other thieves but never, ever poets.  Today we invent silly euphemisms such as "slammer", "spoken word artist" or, my favorite, "wordist" (WTF?) to avoid that Kiss of Death.  Indeed, the last prominent individual to identify himself primarily as a poet was William McGonagall.  Need I say more?

Now imagine if movies were packaged as poetry is.  The films would lack any overriding theme or narrative.  They would have no genre:  not drama, humor, romance, or tragedy.  They would lack the commonalities of even the most diverse short story collection.  Even the forms might change.  All titles would be long and precious, having little or nothing to do with the bulk of the opus.  Each collage would be a disjointed autobiography of a nobody, minus any central characters, significant events, chronology or anything else that might make a diary interesting.  In short, if we wasted celluloid like this every theater on the continent would close within a month.

After the first installment attendees understand what poetry is (i.e. verbatim), what terminology describes it and how meter works.  They are beginning to understand the differences between the rhythms of singing versus speaking.  Is it too early to discuss markets?  Hardly.  The time to consider the interests of the audience is before and throughout the writing process.


For new poets there can be no better advice than this.  There is a twist, though:  they must concentrate on the type of poetry they wish to pursue.  If your interest is in teaching business card poetry you will want to read the kinds of poetry magazines listed in Jeff Bahr's "An Approximate Print Journal Ranking".  As mentioned in "Writing Postmodern Poetry", such work is remarkably easy to produce.  What matters most is your biography, which should include two namedroppings among the braindroppings.  "I studied under Schnevmolnikahauten and partied with Ginsberg" is a typical example.  Don't sweat the fact that Mrs. Schnevmolnikahauten was your high school geography teacher;  it is standard hipster practice to spout obscure names, implying that those who don't recognize them are "out of the loop".  As for Ginsberg, everyone partied with Allen;  you probably did without knowing it.  (For what it's worth, a popular poet's biography details failed relationships, drug addictions, alcoholism and the STD du jour.)


If your interest is in poetry that people might actually want to hear or read it stands to reason that you don't go to places that offer publication credentials instead of entertainment and have so little exposure to the public (i.e. beyond other poets).  In this case, "exposure" translates to "the Internet".  Some of these webzines have more hits in a week than a poetry magazine's entire print run.  Perhaps more important, though, is the type of reader these venues attract.

Compare "The Hypertexts" to, say, "The Paris Review".  Visitors to the latter are more interested in the index (to see who's "getting ink"), editorials, biographies, and articles that support their particular "aesthetic".  Actually reading the poems would appeal only to those trying to get a sense of the editor's preferences with a view towards submitting work.  Once published there, many won't bother to submit again.

By contrast, in addition to being far more numerous, visitors to "The Hypertexts" have no reason to be there other than the poetry;  it's not a place that will help your resumé much, the articles and bios are sparse and the editorials are off-topic and strident.  While I wouldn't want to defend every poem there, "The Hypertexts" is the best source of technically sound, reader-oriented (if not audience-oriented) poetry in the world.  Alternative sources would include "Pedestal Magazine" and two now-defunct journals:  November Sky Poetry and Shit Creek Review.  That said, I'd like to see a source that integrates audio and performance;  we'll address this issue in subsequent installments of this series. 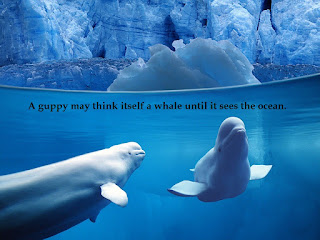 Do not presume that editors have studied the elements of poetry.  In my experience, most haven't.  I could recount innumerable horror stories but I'll settle for this anecdote:

The editor of a very popular poetry magazine has confided in me that he doesn't know a lamb from an iamb.  Having read his magazine, this came as no surprise.  My friend judges work based solely on the narrative, making his "poetry" periodical seem like The Reader's Digest with linebreaks.  What amazes me are the long hours he puts into his labor of love--an affection not attended by any interest in the attributes of the beloved.

Jerry (we'll call him Jerry) contacts me, depressed that his publication isn't winning any awards or critical attention and that he is beginning to suspect that the reason isn't politics.  I can't tell him that he is caught in a Shit Cycle:  he puts out crap, produces guidelines telling submitters to send only that which is similar to what he currently publishes and, lo and behold, they send him...more crap!  Rather, I introduce him to some critically acclaimed unpublished works.  He chooses one based entirely on its storyline.  At year's end it doesn't appear on his "Best Poems of the Year" feature.  Examining the "poems" that did make this list singed my retinas.  For Jerry, the Shit Cycle is clearly the effect, the cause being that he wouldn't recognize a poem if we tattooed it inside his eyelids.


We come to a minor inconvenience relating to the poetry market:  it doesn't exist.  To finesse this, we turn to the more inclusive and correct definition of poetry, which includes song lyrics.  We invest time investigating "singability":  our ability to remember and sing some lyrics easier than others.  In technical terms, very roughly, this translates to accentual or, better yet, accentual-syllabic verse where the beats fall strongly on or within important words.  No one writes a more singable song than John Prine, so we look at his early work (i.e. up to and including "Bruised Orange") for examples. Many of those can be viewed on YouTube.    Singability is most evident in songs that have relatively little (e.g. "Hobo Song") or no accompaniment, as with "Diamonds in the Rough":

"It ain't purty but try getting that damned earworm out of your skull!"

Having done that, we look at what is required for less singable tunes to succeed, like those of Joni Mitchell.


Those not musically inclined (i.e. those who "couldn't hold a note in an envelope") can collaborate with a musician;  in some parts of town there is one on every street corner.  With luck, the Practical Poet could be the next Bernie Taupin.  ("Who?" you ask?  Never mind.  You're too damned young.  Suffice it to say he writes lyrics and his checks don't bounce.)

For the most part, though, Practical Poets will have to create their own markets.  Check out our original blog post, "Commercial Poetry: Definition and Overview", for more on this.

Above all, the student needs to understand that poetry is nothing more or less than a mode of communication.  It can be put to any purpose and can cover any subject.  It does not need to be profoundly funny, profoundly emotional or profound.  It can be anything.  Anything.

Hell, it could be a weather forecast.  We'll save that story for another day, though.