Got 60 seconds that may change your view of poetry forever? Take this test.

If you failed that test or wish to confirm your understanding of meter consider investing another 20 minutes in learning the rudiments of meter.

How might this "change your view of poetry forever"?


Insofar as English language poetry is concerned, the only difference between verse and free verse is that the latter's rhythmic units--iambs, trochees, dactyls, amphibrachs or anapests--are not quantified into stichs. Take Ezra Pound's monorhythmic "In a Station of the Metro", for example:

These are simple iambs with a missing ("[x]" marks the spot) syllable ("acephaly" or a "lame foot") after the semicolon. Why isn't this considered metrical? The poem is too short; we would normally want to see a pattern of stichs of identical length. To wit, change the linebreak and we'd have iambic pentameter:

Were the poem longer, though, the paucity of substitutions would grate. This is an example of a free verse poem that would be too rhythmic for meter! Believe it or not, that is the rule, not the exception, for well-written free verse. Yes, you read that right: free verse is more rhythmic than metered poetry.

For starters, meter as a whole doesn't necessarily involve rhythm at all. Beats ("accentual") and feet ("accentual-syllabic") are only two of the things that meter can quantify. We could create meter simply by putting the same number of words ("lexometric") or syllables ("syllabic meter") in each line. The 5-7-5 "syllable" structure of many a haiku often won't sound rhythmic to English ears. W. C. Williams' "The Red Wheelbarrow" is rhythmic, but not solely because of the 3-and-1-word line lengths or the fact that the poem is, in fact, accentual heterometer (i.e. alternating between dimeter and monometer).

so much depends
upon
a red wheel
barrow

beside the white
chickens.

Rather, its rhythm comes from the fact that the first half is [hypercatalectic] iambic pentameter:

...and the second is [hypercatalectic] trochaic pentameter:

Note how these polyrhythms are buttressed by words that embody that cadence. To wit, the first two disyllabic words in the first half, "depends upon", are iambic while the first and last disyllabic words in the second half, "water" and "chickens", are trochaic. Metrical poems tend to reserve such words for the end of a phrase, sentence or stanza. This illustrates the opposing goals of the verser and free verser: the latter is trying to establish an easily discernible rhythm immediately while the metrist, having done so, spends most of the poem trying to avoid overwhelming the listener with rhythm. Thus, a rhythm string is likely to contain far fewer substitutions than a stich will.

By using both binary rhythms, iambs and trochees, in the same small poem WCW anticipated the polyrhythmic poetry of the 1930s. Indeed, the 21st century DATIA (i.e. verse that changes meter and rhythm between stanzas) can trace its origins to this poem.

Would we be able to spot and appreciate these facets without a firm grounding in meter and rhythm? Color me skeptical.

The essence of free verse, then, is the rhythm string which, unlike the stich, can be of differing cadences (e.g. "The Red Wheelbarrow" had iambs and trochees) and can be unique in length (e.g. "In a Station of the Metro"). Of course, the string has to be long enough to establish itself rhythmically but that length may vary from one authority to another and even from one poem to another. As a rule of thumb, seven syllables seems a reasonable minimum.

Here is an experiment you may enjoy: Take a moment to write down your favorite lines from as many canonical free verse poems as you can bring to mind. Once you're done, please scroll down. 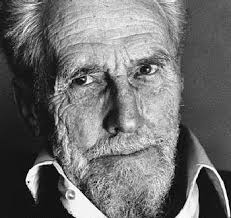 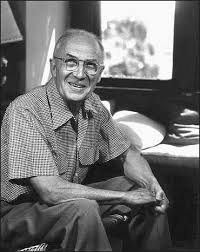 Scan the lines you've remembered. Note how rhythmic--usually iambic--they are as compared to other lines, often including those in that same poem. This illustrates the fact that when writers or speakers succeed at implanting words in our minds they usually do so via rhythm.

Prose poetry (with or without linebreaks) and prose posing as poetry replaced free verse in the middle of the 20th century. Less than 5% of the poetry published today is free verse.

Next: "Poetry Genres: Part III - The Essence of Prose Poetry"

Posted by Earl the Squirrel at 1:17 PM