I have attended dozens of poetry readings. Virtually all of them were identical: 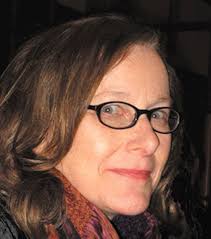 If any of this coincides with your experience The Lighter Side: Why We Still Hate Poetry Readings is a must-read. Granted, it does little but state the painfully obvious but, in times of professional disingenuity, this becomes essential, if only to flush out the posers.

I have little but my congratulations to add to what is said about the need for poetry to be performed. I have only a few tiny quibbles with the finale:

"The point of rhyme and meter—the purpose of all prosody—is ultimately mnemonic. From that standpoint, most of what our contemporary poets write is not (even technically) memorable."

This is very close to the Kaltican definitions, "poetry is verbatim" and "prosody is mnemonics". Perhaps the statement benefits from making the reference more clear...

"By this logic, no prose would qualify as 'memorable'." - Luke Hankins (Comment #2)

And none does, which is why it's prose and not poetry. Maybe we need to specify "memorable words" (or "words worth memorizing") as opposed to "memorable experiences". We enjoyed every moment of reading Carole Shields' "The Stone Diaries" but aren't tempted to memorize, recite or even quote it at length.

"Our final conclusion is a commonplace and a warning: the fate of so many American poets who have forgotten to study prosody is to be forgotten themselves."

Posted by Earl the Squirrel at 9:59 PM