Magic is the intersection of science and wonder.

Given that wonder is the politest form of ignorance, magic is nothing more than someone who understands a trick performing for someone who doesn't. At least in this sense, poetry is magic. Indeed, with fewer and fewer people studying its elements in grade school, this might be more true today than ever! The catch is that we need a skilled magician at both the design and performance levels.

Let me show you an old poetry parlor trick based on how Wystan Hugh Auden, in 1935, defined poetry as "memorable speech". That is very close to the more precise anthropologicial definition: "Poetry is verbatim." Can we use this science, prosody, to predict what will not be recalled word-for-word?

I'm sure you're familiar with the pop song "Hands" by Jewel Kilcher. Please take a moment to reacquaint yourself with it:

Okay, now you're going to want a little privacy. Either kick everyone else out of the house or go take a shower. Once you're alone, try singing this song to yourself, starting at its beginning ("If I could tell the world..."). Do not scroll down until you've done this. Also, don't worry about forgetting a line or two; indeed, this trick won't work on those with perfect memories. When finished singing please continue on past these photos: 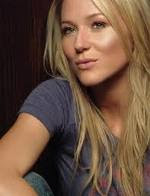 The ability to recall the lryics in black will vary widely from singer to singer. Almost everyone remembers the text in blue. One key is repetition: at the sentence level, as with the repetends and choruses at the end; at the word and syllable level (e.g. as with rhymes like "fight"/"spite"/"right"); and, at the sonic level, as with assonance (e.g. "times like"), consonance and alliteration. Rhythm helps: within the accentual backdrop of such lyrics the more accessible phrases tend to be those which are accentual-syllabic (e.g. the iambic "My hands are small I know").

The text in red is the most commonly omitted. The reasons are many, among them the absence of the features mentioned above as well as awkward phrasing (e.g. as "light does the darkness most fear") and an inability to make out the words in the first place due to poor elocution, loud music, tongue-twisters and problems arising from dialects, elisions, homonyms, et cetera.

Try this trick on your friends. If they're too shy to sing in front of you have them write down the lyrics to their favorite song. Beforehand, you will download a full listing from the internet and highlight the verses they will and won't remember. Hey, the first time I saw this done my editor accurately predicted which lines I'd forget from a song written in Spanish--a song he'd never heard, in a language he didn't speak at all!