A Third Mode of Speech Discovered! 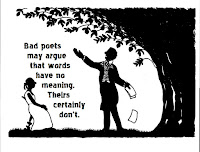 In the beginning there was prose.  Its purpose was to convey information:  either truth and/or useful fiction (e.g. sagas, myths, fables, et cetera).  Argument and opinion soon followed.

Later, poetry was developed to preserve words in memory.

Not until this century did a third mode of speech appear.


This new meta-category is the opposite of both previous modes.  It is used exclusively for diversion and obfuscation, if not outright mendacity, and/or for useless blather.  Even as it is being uttered, both speaker and listeners seem to be putting in considerable effort to forget it. 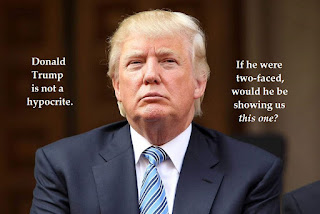 The intent is not to follow a subject, or even to change it, but to kidnap the conversation away from any modicum of coherence or relevance.  It is not merely some nascent form of cryptocrap.  It is not just the illiterati's attempt at postmodernism.  It is the verbal equivalent of anti-matter.

Posted by Earl the Squirrel at 1:49 PM