You may bring in one secular book to read by candlelight for years in isolation.

In my university history research those many decades ago I spent weeks reading letters from U.S. civil war soldiers¹ at the battle lines.  I was startled by how well, how long and how often such young, poorly educated enlisted men quoted verse--much of it contemporary--in their correspondence.  This faculty was common among all anglophone combatants.  It survived WWI, giving us iconic poems such as "In Flanders Field" and "Dulce et Decorum Est".  It tapered off during WWII but only after producing "High Flight".  Before the Korean conflict it receded from sight.

I think of this now as I hear sour grapes from ConPoets who argue out of one side of their mouths that verse was never popular [because theirs isn't] while simultaneously insisting that poetry is alive today.  I tried telling them about the commercial successes² of everyone from Shakespeare to Byron to Service.

Not to bore stubborn people with facts.

Between the advent of the Gutenberg press and the introduction of the dime store novel in 1860 books and kerosene for reading could be prohibitively expensive.  Families might have nothing more than a bible.  Over time, they might add an atlas, an animal picture book or a collection of illustrated fairy tales.  Dictionaries were a luxury, novels an extravagance.  Between its publication in 1851 and his death in 1891, Herman Melville made only $1200 selling a meager 3,400 copies of "Moby Dick".  By contrast, in 1817 Robert Southey's dramatic poem, "Wat Tyler", sold 30,000 copies in its first week.²

Remember that book I asked about at the top?  Was yours prose or poetry? 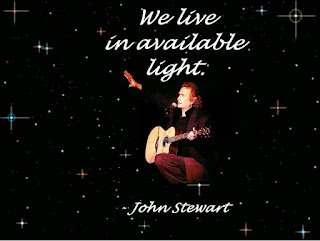 Whether you are a prisoner, a prairie dweller facing a long winter, an explorer or an agoraphobic trapped in an apartment, restricted by regulations, burden or budget to only one tome, it will be poetry.  The reason is simple.  By definition, prose is meant to to be read, enjoyed, and set aside with or without discussion (for a long while, at least).  Poetry is designed to be revisited more regularly, perhaps even memorized and, should a suitable audience appear, performed.

Life being what it was without frozen pizza and microwave ovens, reading was a pleasure taken after a long day's toil.  Unfortunately, the flickering light made it hard to read new text.  Previous exposure, which was more likely with verse than prose, facilitated character recognition.  This is before we get into the matter of poetry's concision.  Thus, along with relative convenience, scant resources and options resulted in higher sales of poetry than novels.²

Conversely, those accessing whole libraries or databanks of literature--and in bright lighting--will read prose.  Simple advances in modern life have fueled the comprehensive pursuit of stories, ideas and data rather than the silent music of unspoken words.  Our environment hardwires us for prose, as it once did for poetry.


"The takeaway here is that, as difficult as it would have been for someone in 1815 to imagine poetry being dead, it may be equally difficult for us in 2015 to imagine it being alive."

¹ - We think of letters home from the front as seeking the sympathy and companionship of loved ones.  In fact, soldiers didn't want to spread their misery back home and had more than enough company where they were.  They simply wished to revisit a civilization being enjoyed, not destroyed.  They dreamed of simple courtesies like the absence of death threats.  It was about desolation, not consolation or isolation.

² - Other instances, along with precious few counterexamples, are only a web search away.  Enter "poem", a space, a dollar ("$") or pound ("£") sign, and a big round number into your search engine.